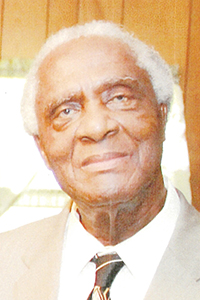 He was preceded in death by his father, Rayford Lewis; mother, Alice Morris Lewis; and one brother, Clarence Mark.

Family hour will be held Friday, Jan. 17, from 4 p.m. until 6 p.m. at Crain and Sons Funeral Home in Bogalusa.

The visitation will be held on Saturday, Jan. 18, at Pilgrim Rest Missionary Baptist Church from 9 a.m. until 11 a.m., followed by the funeral service at 11 a.m., with the Rev. Sidney Bruns officiating. Interment will be in the Dillon Cemetery in Angie.