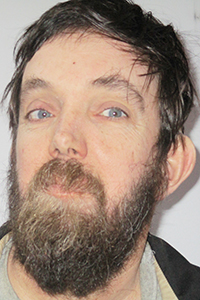 Haley said that Anthony Earl Jordan, 44, a resident of Grove Avenue, had been engaged in computer dialogue with a female he believed was 14 years old. After several online discussions, Groove asked the female to meet with him for a sexual encounter.

“When Jordan arrived to meet the supposed 14-year-old female, he encountered Rice, who revealed that she was the 14-year-old female with whom he had been chatting online,” Haley said. “Jordan was arrested at the intersection of Long Avenue and Main Street and transported to jail by Deputy James Gregorio.”

Jordan was charged with one count of computer-aided solicitation of a minor. His bond was set at $30,000.

“Please, please, please, always monitor what your children are doing on the computer,” Washington Parish Sheriff Randy Seal said. “There are always perverts who attempt to lure underage children into sexual encounters through social media outlets. Such sexual behavior is abnormal and totally unacceptable.

“Mr. Jordan’s disgusting behavior gave him a free ride to the Washington Parish Jail where he, and any others like him, should be for a long, long time. I appreciate Detective Rice’s hard work in identifying and arresting this community menace before he was able to entice a minor female for nefarious purposes.”