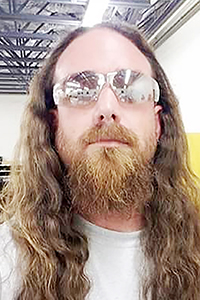 Jesse Owen Culbreath, 34, passed away Tuesday, Dec. 17, 2019. He was born in Bogalusa, and resided most of his life in the Oak Grove Community in Franklinton.

Jesse was a kind and loving man with such a good heart who loved his son dearly. He wanted to follow in his Dad’s footsteps as a carpenter but all that changed when his Dad passed away and it turned his life upside down. Only God know the pain and suffering he went through. He will always be loved and missed and he left a hole in so many people’s hearts. He is survived by one son, Steve Edward Culbreath of the Oak Grove Community, Franklinton; his mom, Wanda Culbreath of Oak Grove Community, Franklinton; two brothers, Richard (Richie) Wayne Culbreath (Dena) of Florida, Jeremy Turner of Thomas Community; two sisters, Jennifer Waldrop (Curtis) of Biloxi, Miss., Natasha Culbreath (Joe) of Bogalusa; two special nieces, Hailey and Hannah Culbreath of Covington; a special uncle and aunt, Billy and Aida Selman of Oak Grove Community; a special aunt, Shelia Owens of Bush; his many nieces and nephews; and a special friend, Maria Mangipano of Pearl River.

He was preceded in death by his dad, Herbert (Hub) Culbreath; and a nephew, Morgan Wade Hunt.

May God rest your weary soul.