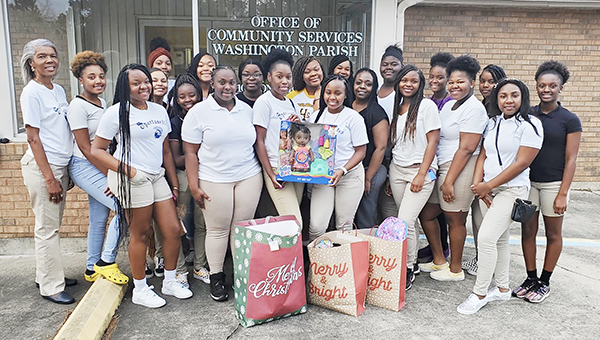 The club was given the children’s Christmas wish list. They carefully selected and purchased items from their list that they were sure would bring them joy on Christmas morning.

The club decided on this service project for December instead of pulling names and exchanging gifts. They realized that Christmas is the season of giving and spreading joy to others.