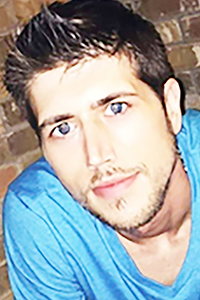 Matthew was a loving person with the most kind-hearted soul. He loved motorcycles and being involved in drag racing. He will be missed dearly by his family and friends.

His arrangements have been entrusted to Poole-Ritchie Funeral Home in Bogalusa. Services honoring his life will be held on Saturday, Dec. 21, at First Church in Bogalusa. Visitation will begin at 10 a.m. and continue until his funeral service begins at 2 p.m. The Rev. Travis Houston will officiate. Interment will follow at Magee-Kennedy Cemetery in the Oak Grove community.

Condolences may be shared online at the Poole-Ritchie website at www.pooleritchiefuneralhome.com.