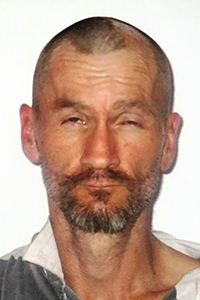 Joseph Henry Erwin, 39, a resident of Pigott Road in Tylertown, Miss., was arrested on Friday, Dec. 6, and placed in the Washington Parish Jail, charged with burglary of an inhabited dwelling and two counts of burglary of a vehicle. Erwin’s bond was set at $10,000.

According to Washington Parish Sheriff’s Office officials, when WPSO Patrol Sgt. David Cupp and Deputy Chad Cassard responded to a report of a burglary in progress on Ralph Drive near Bogalusa, they discovered Erwin being detained by a neighbor of the victim. The neighbor, who had been watching the property at the request of the property owner, reportedly observed Erwin and another male on the property. The neighbor confronted the burglars and was able to detain Erwin while the other burglar fled into the woods and was unable to be located, officials said.

The officers placed Erwin in handcuffs and then searched the property, discovering some stolen items in the adjacent woods. Erwin then was transported to the jail.

Erwin’s current stay is his fourth in the Washington Parish Jail, beginning in 2007 with a drug arrest, officials said. Subsequent arrests were for drug offenses, traffic offenses, multiple counts of resisting an officer, and criminal damage to property.

“No person should have to be the victim of burglars,” Washington Parish Sheriff Randy Seal said. “Burglars, or as I prefer to call them, sneak thieves, are generally lazy ne’er-do-wells who are too lazy to work for an honest wage. They constantly prey on honest citizens.

“Mr. Erwin is exactly where he belongs, in jail, and I hope we are able to locate and jail his partner in crime.”