Nicholes Paul Gonsoulin, 31, and Tori Breanne Corkern Gonsoulin, 29, were arrested on Tuesday, Dec. 10, for burglary of a Highway 16 business in southern Washington Parish.

According to Washington Parish Sheriff’s Office officials, the Lee Road residents have been arrested several times — the most recent time was in April for drug offenses. On the latest charge of burglary of a business, each was able to post a $2,500 bond for release — Nicholes after being in jail two days and Tori after a four day stay in jail. 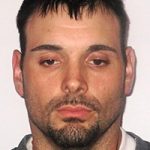 WPSO officials said that WPSO Patrol Deputy Mike Thomas, along with officers with the sheriff’s drug task force, investigated the burglary and were able to identify the Gonsoulins based on information gained from a concerned neighbor of the business. Drug task force detectives reportedly encountered the pair on Louisiana Highway 60 and located some of the stolen property in their vehicle. The Gonsoulins admitted to the burglary and were arrested and transported to the Washington Parish Jail, WPSO officials said.

The latest stay in the Washington Parish Jail was No. 10 for Nicholes Gonsoulin who was first arrested in 2007, officials said. Arrests since that time were for various offenses including battery, disturbing the peace, criminal damage to property, domestic violence and drug offenses. 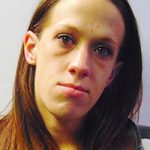 Officials said that Tori Gonsoulin was in the jail for her fourth time since 2016. Previous arrests were for drug offenses and cruelty to a juvenile.

“I suppose this is a prime example of a couple that does things together, wrong things,” Washington Parish Sheriff Randy Seal said. “If they continue on this track in life, they can expect only dour outcomes. That is sad.”