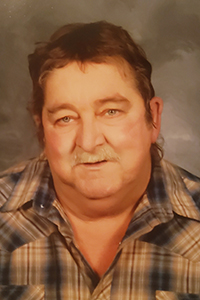 Mr. Danny O. Branch Sr. passed away Friday, Dec. 13, 2019, at his home in Varnado, at the age of 62. He was a native and lifelong resident of Varnado. He serviced this community for many, many years with his company, Branch Drywall.

He is preceded in death by his parents, Otis Branch and Claudia Mae Crain Branch; one brother, Donald Branch; one granddaughter, Shaena Branch; and one son-in-law, Yancey Davis.

Relatives and friends of the family are invited to attend funeral services Thursday, Dec. 19, at Brown-McGehee Funeral Home in Bogalusa, at 2 p.m. Bro. Kelly Penton will be officiating. Visitation will be Wednesday, Dec. 18, from 5 p.m. until 10 p.m., with visitation resuming at 9 a.m. on Thursday until the service time.

Interment will immediately follow at Rester Cemetery in Varnado. The family wants to extend a special thanks for everyone who prayed for him the past few months during his battle with his health.

Family may view and sign the guestbook online at www.brownmcgehee.com.