District Attorney Warren Montgomery reports that Levi Lee, 17, of Tylertown, Miss., and Lance Rouse, 25, of Picayune, Miss., pleaded guilty Wednesday in the shooting death of a convenience store owner during the robbery of his store in Bogalusa last year. 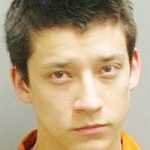 A third person, Melissa Smith, 30, of Tylertown, Miss., the girlfriend of Rouse, pleaded guilty to two counts of armed robbery and was sentenced by Burris to 20 years in prison on each count, to be served concurrently.

The crime took place on Dec. 28, 2018, when Lee and Rouse robbed the J and Z Quik store, located at Louisiana Highway 21 and City Limits Road in Bogalusa, about 4:20 a.m. The business owner, Abdulrahman Taleb, was confronted at gunpoint in the parking lot and shot in his leg during a struggle with the robbers. The incident was captured on video, and the robbers were later identified as Lee and Rouse. The victim died two days later from his injuries. Lee and Rouse got about $250 from the cash register and also robbed a customer inside the business of about $180. A woman, later identified as Smith, waited for Lee and Rouse in the passenger side of the vehicle. 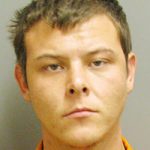 When Lee, Rouse, and Smith were identified, warrants were issued for their arrests, but they fled from the area before their apprehension. They picked up a juvenile from a Mississippi motel, and she accompanied them on their attempted escape. Law enforcement officials in Alabama spotted the group, engaged in a vehicle pursuit of them, and ultimately arrested them.

The Washington Parish Sheriff’s Office, which investigated the case, was able to recover one of the shotguns and pieces of the other one.

Lee and Rouse also are each facing two additional aggravated burglary charges in St. Tammany Parish. They are accused of entering a Covington home late one night just days before the Bogalusa robbery and holding a woman at gunpoint in her bedroom while they stole her valuables, including two shotguns. The shotguns matched the description of those used in the Bogalusa robbery. 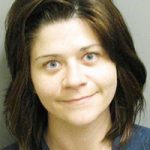 Additionally, Lee pleaded guilty to aggravated arson for setting a fire in the Bogalusa jail, and Burris sentenced him to an additional 20 years in prison. That time is to be served concurrent to his life sentence.

Assistant District Attorney Iain Dover prosecuted this case. The victim’s wife and daughter were consulted and agreed to the terms of the plea, and both gave impact statements before Burris during the hearing.

“It is good that this horrible event has been brought to a conclusion,” Washington Parish Sheriff Randy Seal said. “I am so grateful for the hard work and diligence of our criminal investigation division which quickly solved this senseless and evil crime, tracked the fugitives to Alabama and then brought them back to Washington Parish to face justice.

“As a result of the excellent work of our investigators, the District Attorney’s Office was able to proceed with a successful prosecution.”