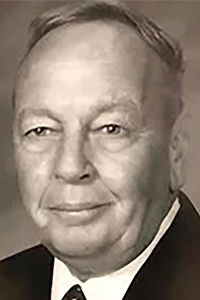 He was a member of First Baptist Church of Franklinton, after growing up at Ben’s Ford Baptist Church where his father was pastor for many years. Wayne honorably served the citizens of Franklinton as Mayor and as a member of the Board of Aldermen for over 30 years. He was a former owner of White’s Auto Store and an employee of both Burris Mill & Feed and Circle T Fertilizer & Seed. Wayne was a 32nd Degree Mason and past Worshipful Master of Franklinton Masonic Lodge #101. He was a member of the Order of the Eastern Star, the Royal Arch Masons, The Shriners, and the Knights Templar. He was also a member of many other clubs and organizations through the years, including Franklinton Rotary Club, Franklinton Chamber of Commerce, Louisiana Municipal Association, Varnado Store Museum Foundation, Franklinton Little League Association and the Washington Parish Fair Association. Wayne loved every sport! He watched anything from gymnastics to football. He loved and grew up playing baseball, which he continued to enjoy into adulthood. He fulfilled a lifelong dream of visiting Wrigley Field and watching the Chicago Cubs play in 2018.

Wayne is survived by his wife of 50 years, Jennifer Lee Fleming. They were blessed to celebrate their 50 wonderful years together on Nov. 25. He is also survived by his daughter, Mechelle Fleming Schilling of Franklinton; sons, Matthew Wayne Fleming and wife Karla, of Pineville, and Mitchell Milton Fleming of Hammond; grandchildren, Brody Scott Schilling, U.S. Coast Guard, Martha’s Vineyard, Mass.; Allie Christine Schilling and Emmalee Kate Schilling, of Franklinton; sister, Diane Caldwell of Bogalusa; niece and nephews, Amy Branch and husband Al of Franklinton; John H. Caldwell Jr. (Sean) and wife Nicole of Thomas, Ellis Lee and wife Mary of Elk Grove, Calif.; and also numerous great nieces, nephews and cousins that were very special to him.

The family would like to thank everyone for their outpouring of support, love and prayers during Wayne’s illness and death. We will be forever grateful and God bless you.