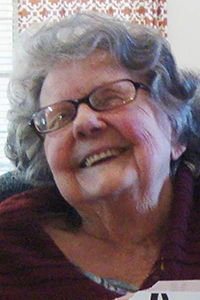 Helen is survived by her daughters, Brenda Crain of Sugarland, Texas, and Debbie Crain Darsey of Willis, Texas; her brother, Jerry (Diane) Schumaker of Baton Rouge; her sister-in-law, Carolyn Schumaker of Missouri City, Texas; and three grandchildren, Karen (Scottie) Solomon, Alex Darsey and Jacob Darsey, all of Willis; as well as numerous nieces and nephews and other relatives.

She was preceded in death by her parents, Joseph Sr. and Anna Giarratano Schumaker and her siblings, Dominic Schumaker of Sacramento, Calif., Ann Carlino of San Jose, Calif., Joseph (Joe) Schumaker Jr. of Baton Rouge, Mary Mullings of Bogalusa, Tony Schumaker of Missouri City, and Janet Nichols of Spring, Texas.

There will be a graveside service held at the Ponemah Cemetery on Friday, Dec. 6, at 1 p.m., where she will be laid to rest in the mausoleum with her parents.

Jerry Dean Cotton was born on Oct. 17, 1934, from the parentage of Velma Dillon and Burley Dillon. She departed... read more