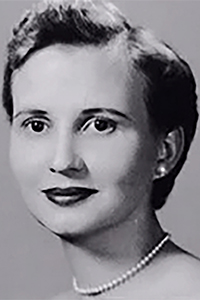 She was born and raised in the San Pedro Community and grew up attending San Pedro Missionary Baptist Church. She then was a longtime member of Springhill Southern Baptist Church and later had been attending First Baptist Church of Franklinton. Helen was born with a servant’s heart, which guided her throughout her life. She enjoyed ministering to those close to her and all the other people she met. Helen adored her family and grandchildren as well as other children outside her family that she loved dearly and she enjoyed spending time with them as much as she could.

She is survived by: two daughters and sons-in-law, Pam and Alan Stafford of Franklinton, and Becky and Paul Usprich of Ponchatoula; son and daughter-in-law, Scott and Jennifer Erwin of Baton Rouge; five grandchildren and spouses, Will and Claire Stafford, Erin and Jon Allen, John Phillip St. Cyr, Lily Erwin, and Anna Erwin; four great-grandchildren, Liam, Selah, Sammy and Audry; brother and sister-in-law, Ben and Christine Morgan of Virginia; sister-in-law, Diane Morgan of the San Pedro Community; and also numerous nieces and nephews.

She was preceded in death by her husband of 56 years, Silton Erwin; parents, Iddo Morgan and Della Givens Morgan; sisters, Charline Miller and Evelyn Stafford; and brothers, Clayton Morgan and Glynn Morgan.

Visitation will be at Springhill Baptist Church (47239 Hwy. 1072 in Franklinton) on Saturday, Nov. 30, from 9 a.m. until 11 a.m. A funeral service will be held in the church at 11 a.m. Saturday with the Rev. Pete Williams and the Rev. Joey Miller officiating. Burial will follow in the Springhill-Magee Cemetery.

In lieu of flowers, the family prefers memorial donations to the Acts 1:8 Fund of First Baptist Church of Franklinton (950 Self St., Franklinton, LA 70438).