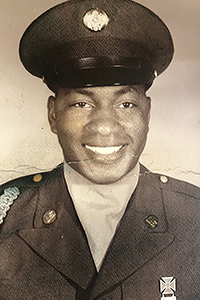 Johnny was born on May 8, 1944, to the late James and Jerrvonne Penton in Bogalusa.

He was a 1961 graduate of Central Memorial High School in Bogalusa. Johnny was active in the U.S. Army. In 1962, after separation from the Army, he then moved to New York. Later in life, he moved to Prentiss, Miss., and married Lora Bell Penton and raised seven children. After her death, he moved back to New York, where he resided until his death.

He leaves to cherish his memories: two sons, Raymond (Tammy) Penton of New York and Reginald Taylor of Georgia; a sister, Janice P. Hilaire of Bogalusa; two brothers, Terry Penton of Bogalusa and Dennis Penton of Stone Mountain, Ga.; and a host of grandchildren, nieces, nephews, cousins and friends.

He was preceded in death by his wife, Lora Bell Penton; parents, James and Jerrvonne Penton; and brother, Gerald Penton.

The funeral service will be Saturday, Nov. 30, at 1 p.m. at Thirkield United Methodist Church, with the Rev. Nolan Robinson, pastor, officiating.

Interment will be in Duffy Memorial Gardens in Lee’s Creek.