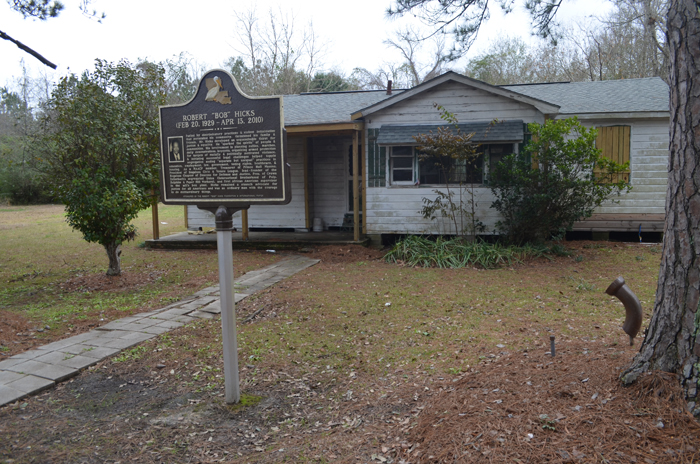 Special to The Daily News

The Robert “Bob” Hicks Foundation, Bogalusa Mayor Wendy Perrette, city council members and the nonprofit group Buddy’s House of Dreams will be joining Bogalusa youth and community volunteers for the second annual “MLK Day of Giving Back” on Monday morning.

The event will be held at the Bogalusa/Washington Parish civil rights museum located at 924 E. Robert “Bob” Hicks St. in the historic Hicks house. It will be held from 8 a.m. until noon, and is scheduled to coincide with the federal holiday of Dr. Martin Luther King Jr. Day.

The public is invited to join as Bogalusa City Council member Doug Ritchie is scheduled to kick off the day with the first brush of paint to the museum’s exterior.

Volunteers with skills and experience can help remove drywall from the museum’s interior. Under supervision, youth can fill the dumpsters with old drywall, trash, rubbish and debris in the neighborhood, or paint window shutters and clean windows.

“The MLK Day of Giving Back is intended to inspire our youth and families to make 2017 ‘the year of citizen action,’” said museum director Barbara Hicks-Collins.

The cadets of the Bogalusa JROTC, volunteers with Buddy’s House of Dreams, and chaplains Grace and David Ziegler of St. Tammany Parish are also returning this year. The Zieglers were also key in organizing the “Pray for Bogalusa” rally in Cassidy Park in November 2015.

Those who are unable to attend but would like to make donations for supplies and materials for the museum can make checks payable to the “Robert ‘Bob’ Hicks Foundation” and mail to “2682 S. Columbia St., Bogalusa, LA 70427.”

Free lunch will be provided by Wendy’s and Little Caesar’s of Bogalusa. Certificates will be presented to volunteers for four hours of community service.