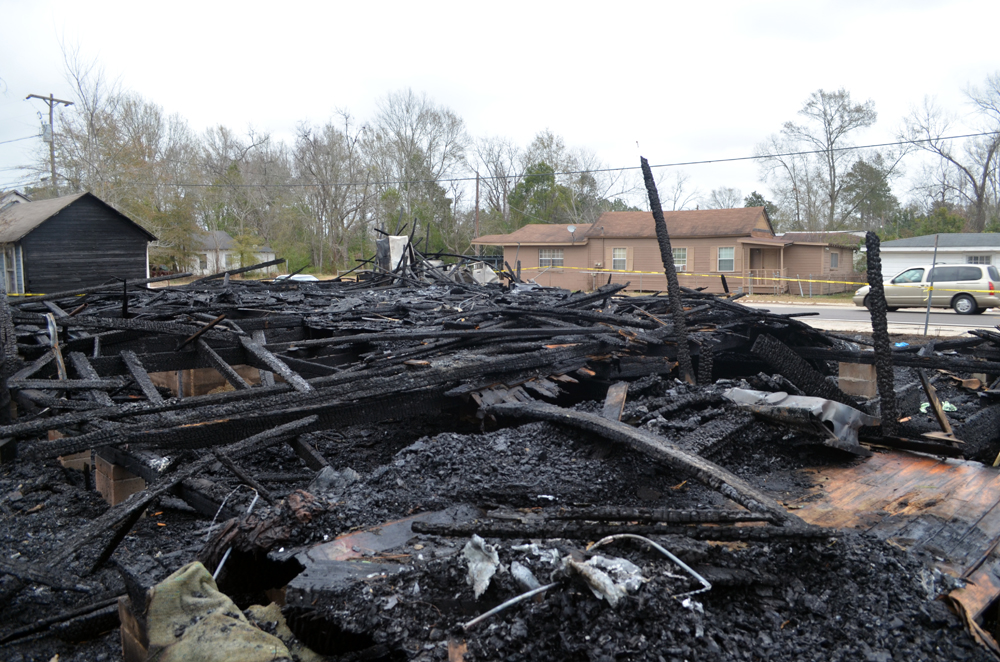 The remains of the Voters League Building on Wednesday afternoon.

Bogalusa Fire Chief Richard Moody said that state fire investigators are investigating it as arson. The building had been shuttered in recent years and the electricity and gas had been turned off.

“It’s a suspicious fire,” Moody said. “There was no power and no gas, so you have to think something caused it.”

Moody is not involved in the state fire marshal’s investigation, but he said he suspects the building was targeted. Moody said there has been a string of arson fires from Thanksgiving to Christmas, but those have been in the Terrace neighborhoods and have been contained within a two or two-and-a-half block radius.

“I think this one is going to be separate,” he said.

The building was a keystone in Bogalusa’s African-American community.

Marvin Austin is the president of the Voters League, and explained before the building housed the league, it had served as Mt. Thomas Baptist Church. He said the Voters League took it over in 1977 and used it until about the time of Hurricane Katrina in 2005.

Since then, the building had fallen into disrepair. The group had tried at various times to restore or refurbish the building, but had always fallen short on funding. However, Austin said the fire might inspire an outpouring of donations for a new building.

“Most likely we will (rebuild),” he said. “ The organization is people and we’re fired up about it right now.”

Austin said he believes the fire was a malicious act, but wanted to wait on the investigation before concluding anything more than that.

Despite the fire, the league is going ahead with a planned Martin Luther King Jr. Day march in front of the former building. That will begin at 1 p.m. Monday.

Moody added that one of the walls was also collapsing by the time firefighters responded.

The fire was so intense, a neighboring home suffered scorch marks on a wall, and Moody said it damaged vinyl siding on another home.

Clarence Foxworth, a neighbor, reported the fire melted part of his pool and he echoed Moody when he explained how fast the fire spread. He said he was awoken at midnight, and within minutes fire had consumed the Voters League building.

The investigation, on the other hand, will take a bit longer. Moody said he expects state investigators to spend months looking into the cause.

“It’ll be a while, probably,” he said. “I still got some (arson cases) open from last year.”