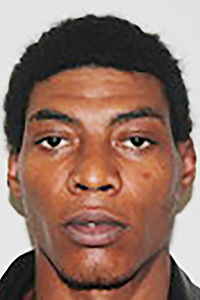 A New Orleans man who was staying with friends in Sunshine Acres was arrested on Monday, Jan. 11 and charged in two burglaries.

Bryan Banks, 24, is currently in the Washington Parish Jail under a $25,500 bond. He was charged with burglary of an inhabited dwelling, simple burglary and resisting arrest.
Banks reportedly burglarized two houses on Rio Grande Street.

“An alarm went off at the first residence and a neighbor called police,” Bogalusa Police Chief Joe Culpepper said. “Police found the house had been broken in and set up a perimeter and circled the area.

“We found a black male walking on Rio with a suitcase. The investigation revealed he was in possession of items from a second burglary that morning.”

The house burglary that led to the initial investigation was unoccupied and nothing was taken, according to Culpepper. He said items taken from the second house included a safe, jewelry and an iPad.

Culpepper said the Washington Parish Sheriff’s Office and the local office of Probation and Parole assisted with the Bogalusa Police Department investigation. Banks was on probation.