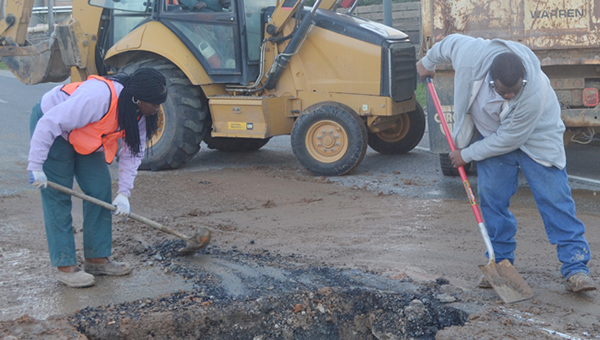 During the Nov. 17 Bogalusa City Council meeting, the governing body tabled Ordinance 2377, which is an ordinance that allowed the city to take over maintenance of Columbia Street from the state in a Road Transfer Program. The area in question is Louisiana Highway 3124, from the Bogalusa corporate limit proceeding north approximately 2.75 miles to its intersection with Louisiana Highway 10, also known as Louisiana Avenue.

“We met with DOTD to discuss options and what we can do. We are looking at taking on Columbia Street, but we’re looking at amending the ordinance if we take it,” Perrette said. “The reason we don’t want to take it on now is because of all the water lines underneath the street. The state could possibly take all the water lines from underneath the street and move them to the side of the road.”

“That is why I am going to request the council to keep this ordinance tabled until further investigation on behalf of DOTD,” Perrette said. “This might be something we want to do.

“If they move the water lines to the side of the road, we’ve got a new road and a new water system that is not in the center of the street and is updated. DOTD is doing its studies on the matter.”

“The Road Transfer Program must be used for rehabilitation only,” Perrette said. “Willis Avenue Extension is out.”
Perrette said the city is slowly making progress repairing city streets.

“We’re going slow and steady, steady and slow. I smell fresh asphalt hitting the ground this spring,” Perrette said. “We are working on it. We’re trying to get some deals done where we can work on these streets without going into debt.”