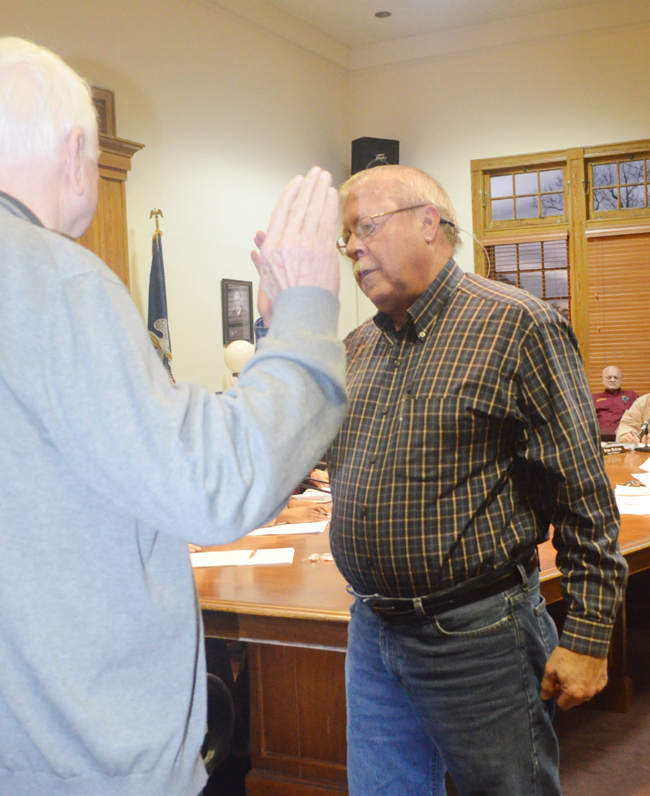 After District A City Councilwoman Gloria Kates requested to amend the agenda with a resolution to extend the public’s allotted speaking time from three to five minutes, the Council voted 4-3 to keep the time as it is.

In discussions, the council debated whether or not to alter the city charter to reflect changing the time the public can address the council. The council noted Robert’s Rules of Order was also discussed. Kates said this was the third amendment to the resolution, which was first offered on Jan. 7, 2003.

“It is a true honor that our citizens are concerned and more involved in our city’s agenda,” Kates said. “Governed by a democracy and not a monopoly, freedom of speech is recognized.

Ritchie suggested the public contact Council Clerk Brenda Ford before meetings to be placed on the agenda, should they think their remarks were going to be over the allotted three-minute limit.

“We’re just trying to get a little more control and that is one mechanism that allows you to do that,” Ritchie said.

Speaker Theresa Keller asked about allowing audience members give some of their allotted time to other speakers.

“Is there anybody else who passed on their minutes to other speakers other than me? I ask you not to deny someone’s three minutes as long as it is respectful,” Keller said. “I’m 100 percent against someone who is disrespectful and disruptive.”

“If we allow anyone to give their time to someone else, we’d need an accountant sitting here to keep track,” Ritchie said. “People need to call Brenda Ford to be put on the agenda.”

“I think it is very important to give citizens of Bogalusa a chance to voice their opinion,” long-time council watcher Fate Ferrell said. “By the time you get through saying your name and address, you’re three minutes; you’re finished. Let’s please get the five-minute extension passed.”

Fortenberry expressed a desire to keep the meeting running smoothly. Drummond disagreed with the argument to extend the time.

“I agree with our neighbors,” Drummond said. “I will vote to extend your time if it pertains to the subject at hand. My job is to preserve order. You can say a lot in three minutes.”

“We’re here for you all,” McCree told the audience. “When you come to the podium, you can’t be disruptive. Raising all kinds of sand only defeats your purpose.”

“Constructive criticism is okay, but you have to stay on topic,” Smith said. “Make sure your concerns are valid.”

In other business, the council adopted two ordinances. They included:

• Authorizing and levying a fee for each service transaction of the local Office of Motor Vehicles of $4.50 from the current $3.50 per service, except for the registration licenses.

• Awarded Air Pro Heating and Cooling’s bid to demolish and remove the condemned structure at 218 Alabama Ave. Ritchie abstained from voting since his business, Poole-Ritchie Funeral Home, is located nearby.

Two ordinances were introduced and will face public debate before a council vote on Jan. 19. Introduced were:

• An ordinance authorizing the City of Bogalusa to issue a Revenue Anticipation Note in an amount not to exceed $950,000, and apply to the State Bond Commission for approval.

“We inherited a deficit of $1.3 million and have only used $750,000 of the $1.99 million we got from the Bond Commission last year,” Bogalusa Mayor Wendy Perrette said. “We’ve finished the year in the black. This year we’ll only request $950,000 when we meet with the Bond Commission in March. I think the Bond Commission will be pleased we’re coming back asking for a lower amount unlike we have the past 16 years.”

•  An ordinance authorizing Perrette to declare surplus property in the 1100 block of Avenue I.

Smith announced the Jess’ Bra Closet would give away women’s bras starting at 10 a.m. on Saturday, Jan. 16. The event is tentatively set for Cassidy Park.

Jess’ Bra Closet is a Baton Rouge-based nonprofit organization whose goal is to assist girls, teens, and women by providing free, quality undergarments through community support and outreach.

Also, the Martin Luther King Jr. Day of Service is Monday, Jan. 18 at the Robert “Bob” Hicks family home at 924 E. Robert “Bob” Hicks St. The home is on the national Registry of Historic Places and the family’s dream is turn it into a Civil Rights Museum in memory of the Civil Rights pioneer. Volunteers are needed to help clean up around the home.