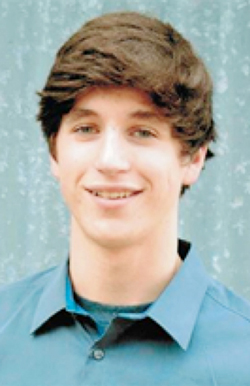 When Franklinton High School students return to class on Thursday from the semester break, they will notice a huge void.

Freshman Cayle Mitchell Taylor, 16, will not be among them, after he died Thursday, Dec. 31 in a hunting accident in the Delta National Forest in Sharkey County, Miss. Taylor was accidently shot in the chest area by his father, Randall Taylor.

The incident reportedly happened at approximately 7 a.m. The Mississippi Department of Wildlife Fisheries and Parks continues to investigate.

Cayle Taylor transferred to Franklinton this year from Pine School. He was scheduled to play baseball, a sport his older brother Caymen Taylor also played at FHS.

“He was just a great young man. He was an awesome young man who was well-liked by the other students,” FHS Principal Lisa Tanner said. “I just can’t say enough about him. This is extremely tragic.”

Taylor’s visitation was Monday evening at Crain Funeral Home in Franklinton, and continued Tuesday morning. It included his teammates on the FHS baseball team — Taylor was an infielder.

The funeral service was Tuesday at noon at the funeral home’s chapel. Burial followed in the Pine First Baptist Church Cemetery. Pallbearers included his teammates and coaches of the FHS baseball team.

“Not at all do you expect anything like this to happen,” Tanner said. “He was such a sweet kid, a handsome kid and was recently saved. He’s going to be missed by the faculty, staff and students.”

Tanner said tragedy has touched the school all too often in recent years. She has been at the school since April of 2005. She said grief counselors would be available to students.

“We’ve had quite a few tragedies in my tenure here,” Tanner said. “Unfortunately this is one more. This is something you hope you never have to deal with.”

“He was just a great kid. He fit right in,” Tageant said. “He was very well-liked. The kids are taking it pretty rough.”

Though Taylor was a transfer, he began playing baseball at an early age.

“He went to Pine last year, but he played with these guys all the way through Little League and so forth,” Tageant said. “We’re going to miss him greatly. He embodied what we like as a Demon baseball player — he worked hard and stayed out of trouble.”