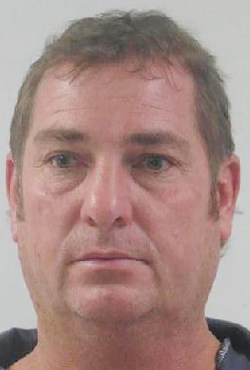 According to information from District Attorney Warren Montgomery’s Office, the 46-year-old Gerald was on probation for previous charges when he was arrested Sept. 22 by the Washington Parish Sheriff’s Office and accused of second-degree battery.

The battery complaint stems from an incident just after 3 a.m. Aug. 26 on Earl Forest Road in Mount Hermon, when Gerald reportedly punched another man during a fight, breaking the man’s nose and loosening his teeth.

Gerald already was on probation after pleading guilty on Aug. 4, 2014, to domestic abuse battery, illegal carrying of a concealed weapon, and aggravated assault in a domestic incident in April last year. At the time, Gerald was sentenced to six months in prison and two years of probation on each of the three charges, but the prison sentence was suspended.

After Gerald’s arrest in September, Gardner ordered his bond revoked and sentenced him to serve six months in prison. The District Attorney’s Office is screening and processing the battery case.

More than 40 City of Bogalusa employees took advantage of a health fair at Bogalusa City Hall on Friday. Above,... read more