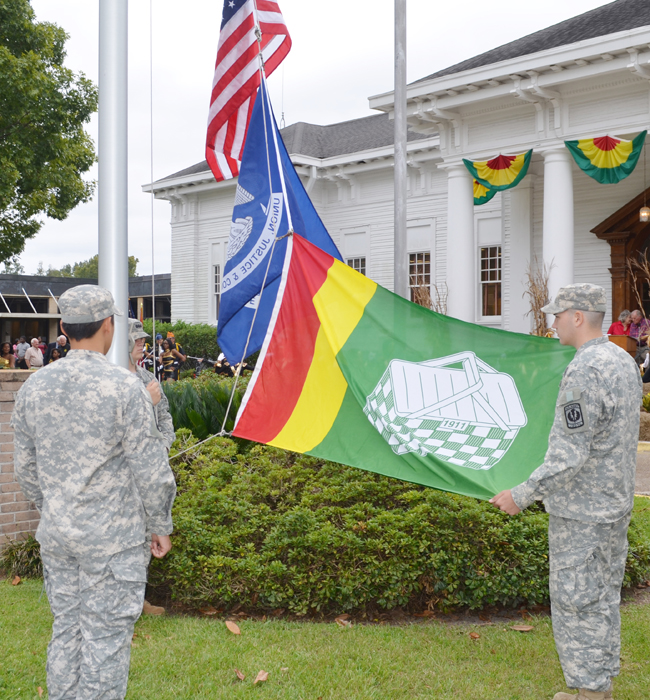 The fair is scheduled for Oct. 21-24 at the Fairgrounds in Franklinton.

“We anticipate another great year at the fairgrounds,” Bogalusa Mayor Wendy Perrette said to the crowd.

Ladner told the audience the significance of the flag’s various colors.

“Green signifies the abundance of forest in Washington Parish. The gold represents the fall of the year,” Ladner said. “Red represents the dedication of all the volunteers, and white represents the wholesome family atmosphere of the fair.”

There is a logo of a picnic basket in the middle of the flag.

“This is the fair, with the picnic spirit,” Ladner said.