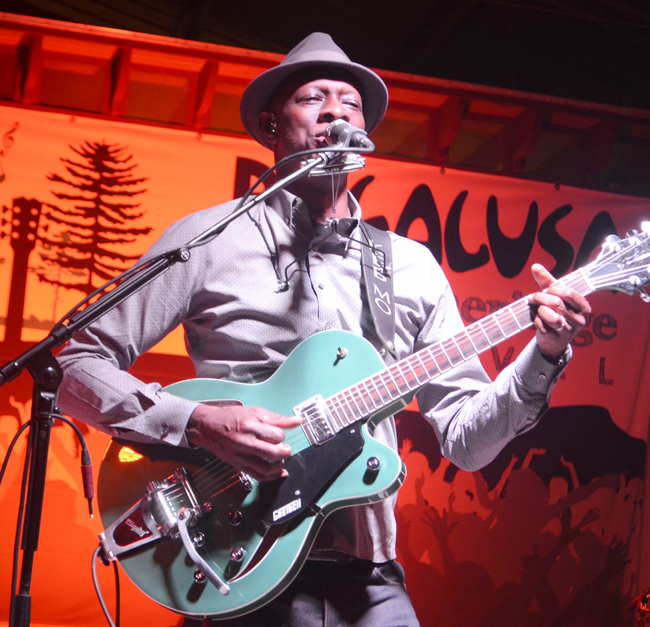 The success of the fourth annual Bogalusa Blues and Heritage Festival was music to organizers’ ears.

Bogalusa Blues and Heritage Festival Director Malinda White said official attendance figures have not yet been tabulated, but she is certain that more people were at this year’s festival than in 2014.

“We were very pleased with the turnout,” she said. “We had a lot of people who were repeat visitors, and we even had several who came from other countries, including Italy, Australia and The Ukraine.

“This music is special, and it’s not the kind of thing you can just buy in a store. That’s why people will travel from near and far to listen to it.”

White said that the festival helps to bring positive publicity to not only Bogalusa, but the parish and region as a whole.

“It’s really helped to re-instate a sense of pride in our community,” she said. “When we started the idea of the festival, it wasn’t so much focusing on the music, it was more about just bringing everyone together.”

White pointed out that the festival would not have been possible without the efforts of countless volunteers and board members. She especially thanked the Bogalusa High School JROTC, which had more than 40 students volunteer during the two-day event.

The JROTC students assisted with parking, cleaning the grounds, bringing water and supplies, and just helping wherever they were needed.

“I can’t say enough about them,” White said. “They handled everything professionally and courteously. They are a bright shining star for their school and community.”

White said that steering committee members will meet in about a month to go over feedback and determine some of the changes that might need to be made next year. She noted that several attendees asked if the lighting could be improved at the portable bathrooms after the 2014 festival, and as a result, this year the bathrooms had external lighting.

“We listen to all the feedback we get, both positive and negative,” she said.

Those who wish to offer feedback can email White at malinda@bogalusablues.com.

Festival kicks off with bands, presentations

Bogalusa Mayor Wendy Perrette welcomed everyone to the festival and praised the organizers and volunteers.

“They’ve invested their time and it’s grown each year,” she said. “I hope everyone enjoys the festival and enjoys their time in Bogalusa.”

On behalf of the festival, White presented donations to both the marching band and the JROTC for their contributions to the event’s success.

White also introduced family members of Enotris Johnson, one of the new additions to the festival’s “Heritage Trail.” Johnson passed away on Aug. 2, when family members revealed that she was a co-songwriter of some of Little Richard’s notable hits including “Long Tall Sally” and “Jenny Jenny.”

Kelly Lee Blackwell, the daughter of the late Robert Blackwell, spoke Saturday. Her father was the co-songwriter with Johnson.

“On the Internet, they have (Johnson) labeled as a white man, which is just not true,” Blackwell said, prompting laughs from the audience. “It was really her and my father who wrote all those lyrics.”