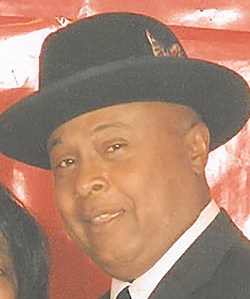 He was preceded in death by his parents, Claudie and Mildred Burkhalter; two brothers, Johnny and Jimmy Burkhalter; and two sisters, Frankie Burkhalter and Louise Carral.

Visitation will be Friday, Sept. 25, from 2 p.m. until 4 p.m., at Crain and Sons Funeral Home in Franklinton.

The funeral service will be Saturday, Sept. 26, at 11 a.m. at Bethel Church of Christ Holiness with Rev. Jarvis Lee officiating.  Interment will be held in the Bethel Church Cemetery.