Gray excited to be personnel director 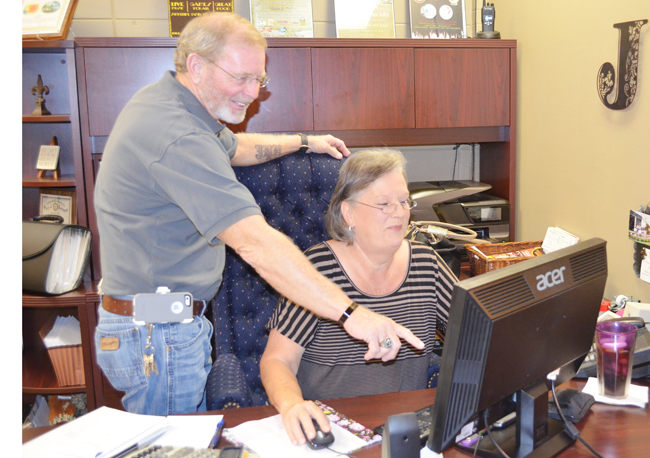 Judy Gray is no stranger to Bogalusa City Hall, after working in virtually every department over her 32 years of employment with the city.

Gray was officially promoted to director of personnel at the Aug. 21 city council meeting. She is moving up from personnel/projects assistant, and is taking over for long-time Personnel Director Sandy Bloom.

“I’ve done almost every job with the city except for being a policeman or fireman,” Gray said. “I haven’t arrested anybody or put out any fires. I’m very glad the city has enough confidence in me to promote me.

“I feel like I have big shoes to fill in Sandy Bloom. She was a great mentor. I came here as a switchboard operator in 1983. I’ve been working with the city for over 32 years now and I’m looking forward to the new challenges.”

In her old position, Gray dealt with workers compensation claims for all city employees. She also organized the city’s centennial celebration at no cost to the city, and enlisted the aid of volunteers. She also helped start the city’s Fourth of July Watermelon Festival in Cassidy Park.

Among her new duties are interviewing candidates for the city’s purchasing agent. Ellen Bailey is retiring on Oct. 30.

“We want to get someone trained in here before she leaves,” Gray said. “I’ll be doing job interviews dealing with personnel issues. I’m looking forward to working with the city in a different capacity.”

Gray is a Bogalusa High School graduate and attended Southeastern Louisiana University in Hammond, where she studied psychology.

When not working, Gray is a Master Gardener and works with Rayburn Correctional Center inmates on beautification projects around the city. She also works with Keep Washington Parish Beautiful and is on the board of directors of the Municipal Employees Credit Union.

Gray is a member of the LSU AgCenter Advisory Board, and also works with the Bogalusa Garden Guild.

“I’ve lived here all my life so I must enjoy it a little bit,” Gray said.