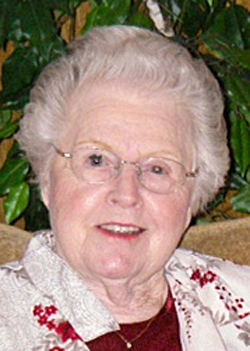 Jackie graduated from Bogalusa High School in 1945. She attended LSU and received her masters from Southeastern Louisiana University. She taught in Bogalusa City Schools for 31 years and retired in 1986. She was president and an active member of many educational and church organizations.

She was preceded in death by her husband, Harry M. Richardson; one grandchild, Meagan Lewis; and her parents, Orda Wood McKenzie and Victor H. McKenzie.

In lieu of flowers, donations may be made to Elizabeth Sullivan United Methodist Church in Bogalusa.

Poole-Ritchie Funeral Home is in charge of arrangements. To view and sign the register book online, visit pooleritchiefuneralhome.com.