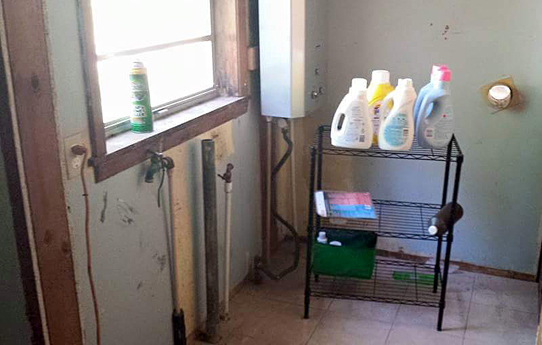 COURTESY PHOTO Several appliances and other items were sold from a Bogalusa resident’s home without her knowledge recently.

An incident that has played out on Facebook gets more bizarre by the day.

Madison Street resident Joanie Knight recently entrusted two acquaintances to watch her child and house while she was at work. Little did Knight realize the acquaintances would take contents from the home and then sell them through the local swap and shop and other locations.

Many of the items allegedly bought at the local Swap and Shop have been returned to Joanie Knight. But she said some aspects of the case have simply worn her out.

“One of the people who bought some of the stuff got on the local radio and said me and my husband were just trying to get money,” Joanie Knight said. “I got on WBOX radio Thursday to clear my name. It’s an absolute nightmare. We’ve missed work trying to deal with these things.”

“I did know them for about four or five months before this happened,” Joanie Knight said. “They were at my house every day. I asked Estelle to watch the kids while I worked after I started a new job. I knew she was on fixed income. How I found out about was when a friend called me and said things were missing from my house. They got my washer and dryer, stove and anything electronic like computers, cellphones and even various clothing and other little things. They even took clothes baskets. They took anything you could walk out of the house with.”

On Aug. 5, Joanie Knight said she received a call from a family member who said she had heard on the radio a man had bought a deep freezer full of food for $40.

“I called the station and told them my house had been robbed. He said Cathy had sold it to him and she was moving to Slidell and needed to get rid of everything. She had advertised it on the radio. We spoke with police, and two people came forward.”

Joanie Knight said most of her major appliances have been returned.

“We still have a television and tablets missing, but those can be replaced,” Joanie Knight said.

Joanie Knight said the experience has harmed her daughter.

“Kana is scared to death. She doesn’t want to leave the house because she is afraid Cathy is going to send somebody to hurt her because she talked to the police. Kana has raised over 2,500 food items, but now I don’t know what it’s going to take to get back that drive she had,” Joanie Knight said.