Now that the massive job of pena-priming/p-graveling Red Cross Place is complete, perhaps someone in streets and parks could check the timing of the traffic signals at Willis Avenue and Avenue B. Specifically east to west. Unless, of course, this is fuel-purchased revenue for the city. It’s a minimum of 1.5 minutes red, 24-7. Yes, I know Avenue B is state highway 60, but Willis Avenue isn’t.
As a matter of fact, check all the lights in town. Aren’t they programmable for different times of the day? Hence the installed cameras. And drivers: Pull up to the white line at the traffic light intersections. This is how the camera knows you’re there (or not) and what triggers the lights when they’re properly timed.
While they’re at it, take a look a catastrophe in the making at these unmarked intersections: Davenport Avenue and South Columbia Street (which is no longer a state highway), and Riverside Drive and South Columbia Street. It’s truly a miracle no one has been killed at these crossings. How about some four-way stop signs at these intersections? The city found a way to fund the useless three-way stop signs at Rosa Pearl Lane and Mack Street.
And something else to consider: you don’t have to resurface miles of the city streets; just conscientiously work on the bad sections and not just put a shovel of hot mix in them.
Everyone is screaming buy local and encourage business to come into Bogalusa. Hey, what about the citizens of Bogalusa. When little suggestions like these are genuinely considered and some changes actually made, we’ll be more content and more likely to stay around to shop and to encourage others to come to our city. 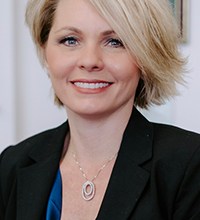 Legislators need to think before they act