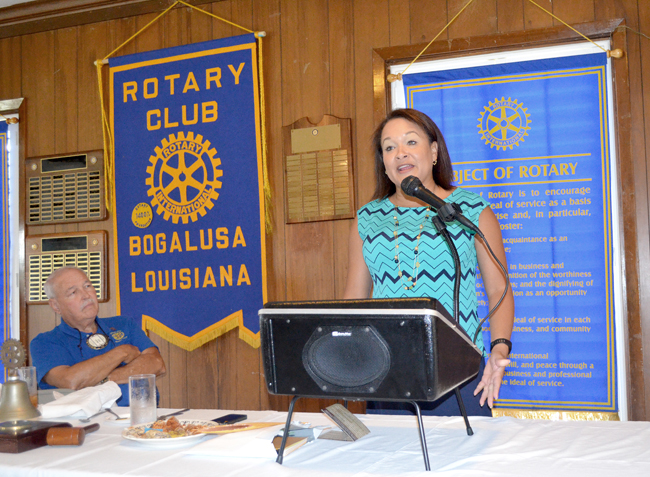 “The 2014 audit results are in. The last administration projected $526,000 in savings when in reality we saved $771,000,” Perrette said. “That’s approximately $245,000 more than expected. That is a good thing and something I’m very happy about. That’s a plus in anybody’s administration when we’re trying to get out of the red.”

Despite the deficit, Perrette said the city has not been forced to cut any services.

“The cemetery lots are being mowed. The mosquito truck is still spraying, but the street sweeper hasn’t been working due to a chute needed. It should be up and running in the next week. We are also happy to report that we are more current on accounts payable than we have been in years.”

Perrette said sales taxes are up by approximately $95,000 through the month of May.

“That’s a big improvement from last year.  That could change as sales taxes are unpredictable,” Perrette said. “We stress shopping local and buying local, and that has been paying off for us.”

Regarding the legislative auditor, Perrette said the city is working closely with the body.

“We’ve made friends with all of them and report to them monthly. We have our priorities to get out of this hole we’re in,” Perrette said. “We submit our plan monthly, and they review our answers and make suggestions. We’re at the advisory phase. We’re preparing for our informal meeting in Baton Rouge later this month. I’m excited to show them where we were and where we are now.”

Perrette was ecstatic over the city’s budgetary loan.

Perrette also talked about street repairs. She said the Austin Street overlay is expected to be done within the next 30 days. The street will be paved from the Austin Street bridge under the trestle to the red light at Food Depot. Perrette said the recently completed Red Cross Drive near Bogalusa High School was a joint endeavor between the city and parish government. The project did not cost the city a dime.

Working with Magnolia Humane Society, Bogalusa had its first pet adoption day this past Saturday.

“Unfortunately we didn’t have any pups find a home, but we are going to continue this. We are tweaking this endeavor,” Perrette said.