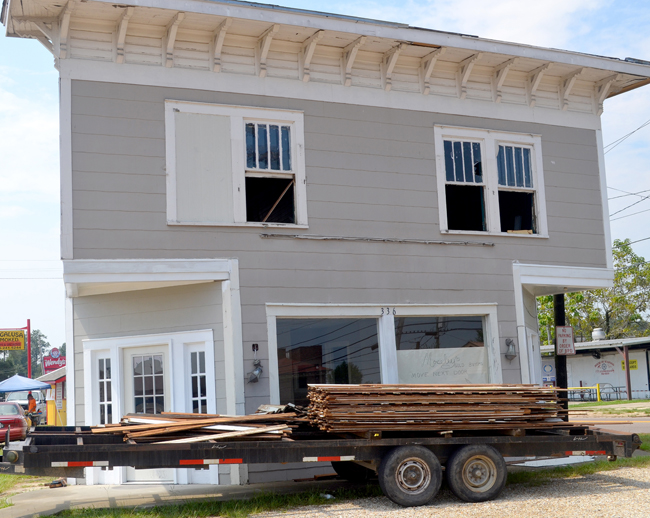 DAILY NEWS PHOTOS/Randy Hammons This building at 336 Michigan Ave. is being demolished to make room for a new Subway restaurant.

Dale Stogner currently owns and operates Subway inside Walmart. His new franchise will be at 336 Michigan Ave., which most recently housed Moseley’s Gold Buyers. Years ago the location was known as Floyd’s Restaurant.

Work crews are currently in the process of demolishing the building. The crews have been at work for approximately a week. Will Branch is in charge of the demolition work.

Stogner also owns franchises in Franklinton and Folsom. He said he hoped to open the new store sometime in February. It is expected to cover 1,700 square feet and seat 40 to 50 patrons.

Stogner said Bogalusa citizens needed a more convenient Subway. The store will be flanked on either side by Shenandoah and Cumberland streets.

“I felt like Bogalusa needed a Subway store without forcing them to go into Walmart,” Stogner said. “We’re trying to put a drive-through in the new location. That is my goal, but with the location being so tight we’ve got to make sure traffic is not being impeded on either street. We can’t create other issues.”

Stogner has owned the Walmart franchise for more than 10 years. He said he came across the new location somewhat by accident.

“I’ve been property shopping for about a year. I thought about going on Superior Avenue, but this is a whole lot more visible location,” Stogner said.