Centennial Tree cut down by vandals 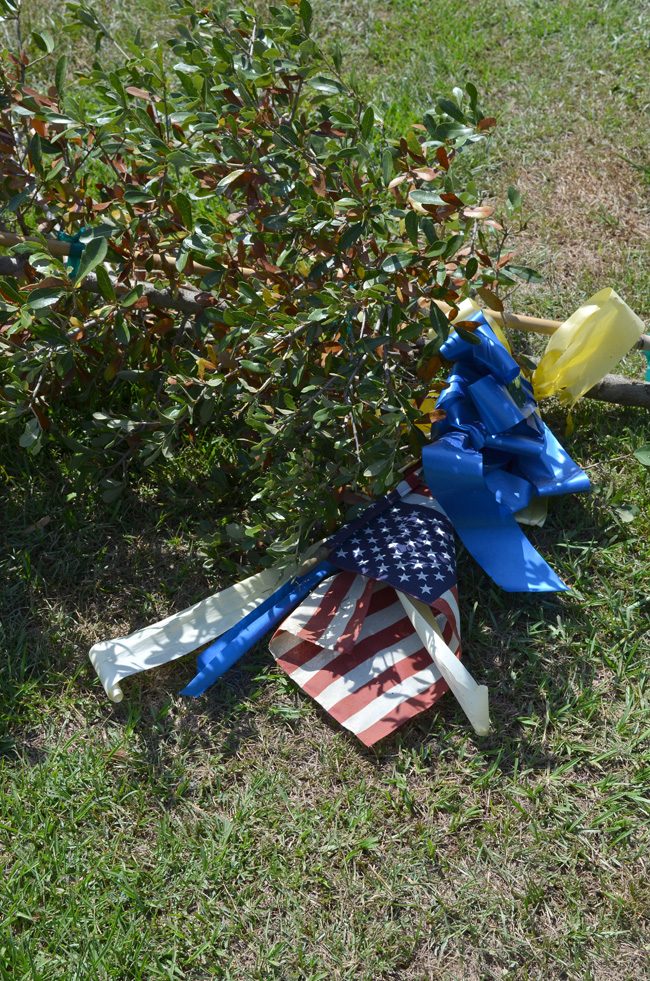 DAILY NEWS PHOTO/Randy Hammons A tree planted by the Rotary Club of Bogalusa in Cassidy Park earlier this year was found severed and lying on the ground with an American flag still attached to it Friday.

The tree was cut at the base. The top of the tree was found a few feet away, still adorned with the small American flag that lay on the ground.

“It shocked me to see that,” Quinn said. “I would like to think that’s it’s a kid playing a joke. I wouldn’t think anybody would have a grudge against the Rotary Club. We rolled yards as a kid, but we never did something like this.”

Museums of Cassidy Park Director Marcelle Hanemann said Friday she was appalled by the destruction of the tree.

“The tree was still up when I left Thursday around 3 p.m.,” Hanemann said. “I can’t believe somebody would do that. It was a beautiful tree. At the end of the ceremony after planting it, we all kind of gave it a group hug.” 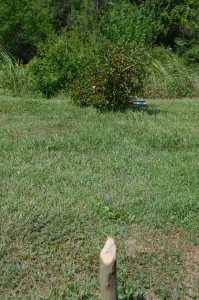 Hanemann said the tree’s destruction was a senseless attack.

“Trees are just beautiful things. They provide shade. They provide oxygen. They provide places birds and other animals to live and don’t’ ask for anything in return except to left alone and allowed to grow,” Hanemann said.”