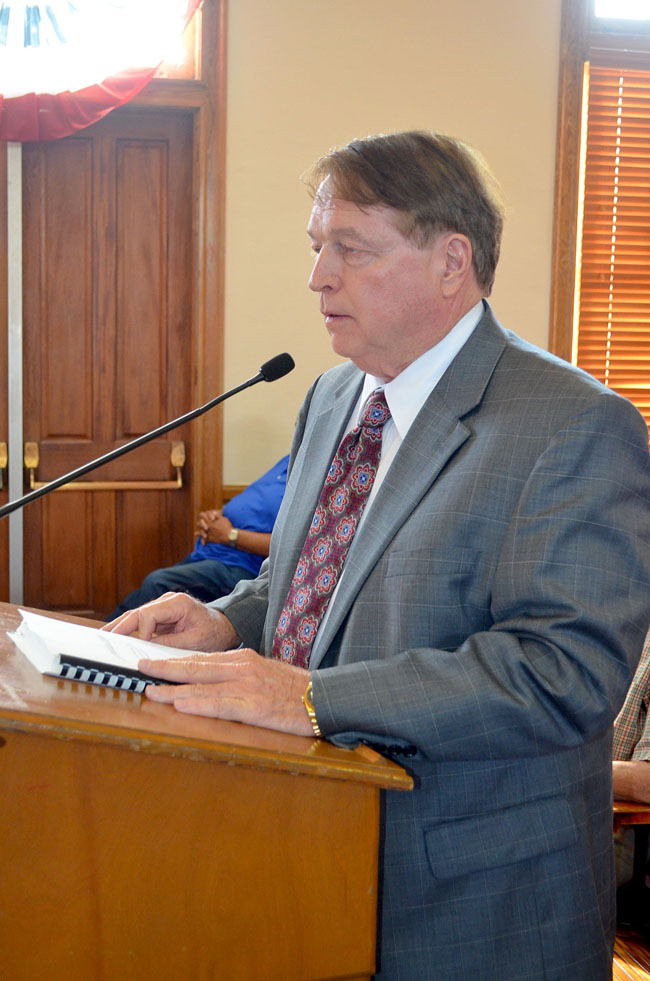 The previous administration of Mayor Charles Mizell estimated the city would have a $500,000 surplus at the end of 2014.

Bogalusa Mayor Wendy Perrette said the surplus will go toward the city’s deficit.

Also, an ordinance was accepted by council members to authorize Perrette to contract with low bidder Huey Stockstill Inc. to overlay Austin Street. The city’s share of the project is $147,965. The total project is estimated at $245,965, including $98,000 in Capital Outlay funds. The work is expected to begin in mid-August.

Council members accepted an ordinance to change 533 Second Ave. from A-3 Residential to B-1 Business to allow a snoball stand at the location.

Three ordinances were introduced. The public has an opportunity to address the ordinances before the Council votes at the next meeting on Aug. 4. Introduced ordinances included:

•  Changing 422 Superior Ave. from A-3 Residential to B-1 Business to extend the parking lot for Little Caesars.

• Amending Ordinance 2137 to provide a procedure for approval of Commercial Facades within the City of Bogalusa.

• Authorizing Perrette to adopt the “Sign Regulation Guidelines” and add them to the Bogalusa City Code.

Also, a resolution granting final acceptance to contractor Pavement Markings for the local Road Safety Program was accepted. The project involved the striping of streets.