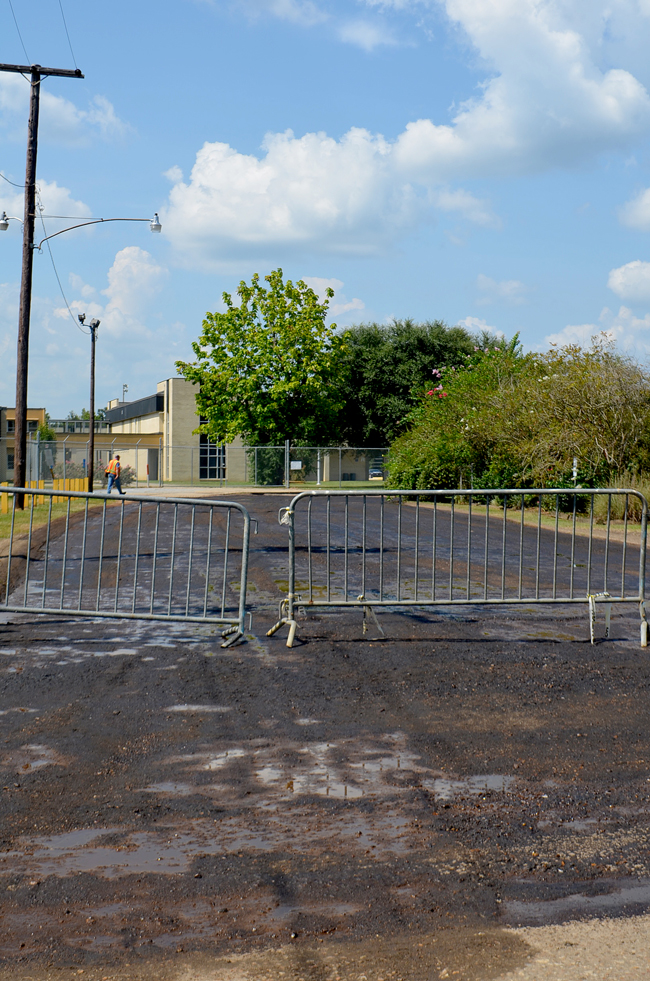 An overlay project on Red Cross Drive was expected to be completed today, according to city officials.
Work crews put down a primer coating on Tuesday. That was to be followed up today with the final phase of a three-shot mix.
The project is an intergovernmental agreement between the city and Washington Parish. The project is being funded 100 percent by parish government. The parish also provided personnel and asphalt.
Bogalusa Mayor Wendy Perrette said Red Cross Drive is one of the city’s busier streets because it’s the drop off/pick up zone for parents at Bogalusa High School. Also, the U.S. Post Office is nearby.
“Red Cross Drive is one of the streets we’ve needed done. The criteria is road usage,” Perrette said. “It’s definitely one of the busier streets in the city.”
Perrette said work crews had hoped to have the project completed last week, but rain forced work to be delayed.
“It’s being done just in time for school,” Perrette said. “We hate to inconvenience the taxpayers of our city.”
Perrette said Red Cross Drive sorely needed attention.
“We kept grading it and grading it. We tried to keep it up to standards,” Perrette said. “I’m real excited about the project. The city is overwhelmingly happy about getting these streets in operable condition. This is one small step. It’s baby steps, but we’re getting there. There are more streets to come to be worked on as they come about. Taxpayers will see we’re putting our money where our mouth is.”