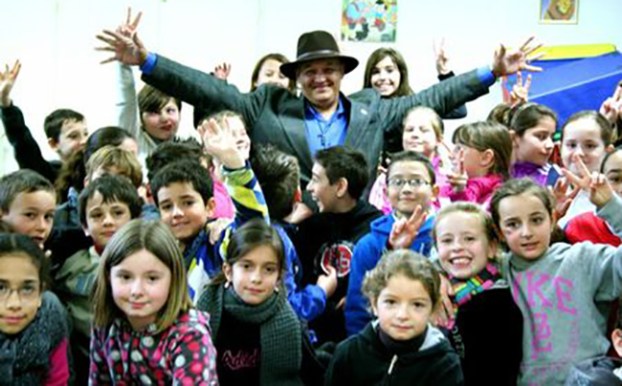 GrayHawk Perkins, a tribal storyteller, musician and performer, is coming to the Native American Museum in Cassidy Park at 2 p.m. July 26.
GrayHawk has both Choctaw and Houma Native Nation heritage. His interactive programs, part story and part music, integrate traditional stories with original compositions and traditional songs. Members of the audience become part of the show by acting the stories out, singing and dancing.
The program will be aimed at children, but GrayHawk, who is regarded as one of the major Native American educators and historians in the country, provides a vast amount of information, so everybody will have an opportunity to learn something new.
GrayHawk’s programs educate as well as entertain. He has been a guest speaker at forums around the world, including at the Smithsonian Institution. He has additionally worked as the Native American consultant and coordinator for the New Orleans Jazz and Heritage Festival for more than 25 years and served on that Foundation’s Board of Directors.
Admission is free of charge.

By Randy Hammons The Daily News There is expected to be a bunch of pistol-packing preachers in Bogalusa Saturday morning... read more