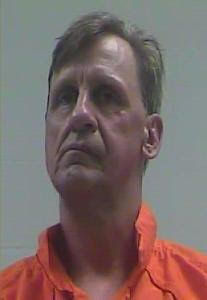 A Bogalusa man is in custody for firing as many as eight shots at a Columbia, Miss., hotel.

William Spangler faces several charges following an incident at the Quality Inn on U.S. Highway 98 the evening of June 23.

“When officers arrived, they cleared the room where the shots had come from,” Cooper said. “When they got in the room, they discovered that there were at least eight shots fired. They cleared it, discovered a weapon and discovered he was a convicted felon.”

“They then recovered a good amount of crack cocaine,” he said. “At least a couple of ounces. We don’t have the official weight on it yet. They seized a weapon, crack cocaine and $1,300 cash. It was a Hi-Point pistol.”

Cooper said Spangler has been in trouble with the law several times.

Cooper said despite the number of shots, no one was injured.

“There was actually somebody walking by the door when the shots were fired,” he said. “He got hit by some debris.”

Cooper said so far there is no motive.

“In my opinion, he might have thought someone was trying to rob him,” he said. “It is still under investigation. It’s really unclear at this time. We can’t prove that he was shooting at anybody.”