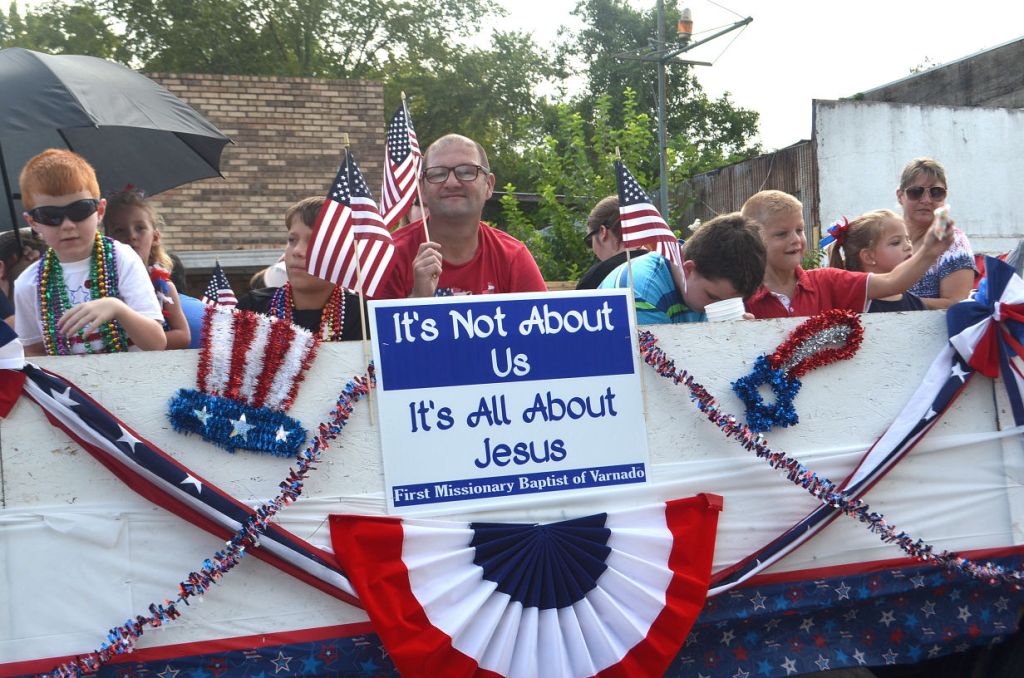 The streets of Bogalusa were filled Saturday with citizens enjoying the city’s annual Fourth of July Parade through the city.

The parade began on Columbia Street and meandered through the city toward its conclusion at Cassidy Park.

Parade Grand Marshals were WWII veterans and D-Day invasion participants L.C. and Hubert Terrell. They rode in back of a truck waving American flags and waving to the crowd.

The theme for the parade was “One Nation Under God.”

The parade included classic cars and trucks, patriotic floats, riders in various other vehicles, including golf carts, tractors and riders on horseback.

“It was probably one of the biggest parades we’ve ever had,” Parade Chairman Claude Bloom said.