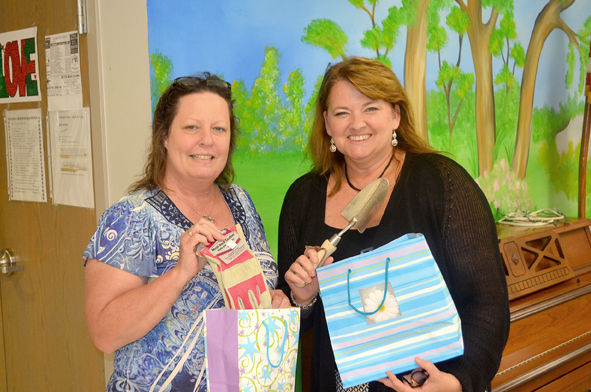 Club members bring plants to the meeting and speak on various aspects of each plant. Boone’s Money Tree plant was selected tops at the event.

“At the final meeting of the year in May, we always bring a plant and discuss something about them,” President Lee Mizell said. “We discuss their scientific and common names and talk about plant care.”

After each presentation, members drew numbers to see who won the particular plant.

Linda Pope discussed the Azalea she brought, while Mizell talked about her Alternanthera. Rita Clayton had her Euphorbia plant to discuss with members.

Brenda Simon also discussed her Caladium, while Margaret Ryals talked about the Bromeliad she brought. Susan Lewis discussed her Mandevilla.

Bogalusa Garden Guild’s activities during the year included working with the Flower House during the Washington Parish Free Fair in the fall, participate in landscaping events at Mile Branch Settlement and maintain entrances to the city of Bogalusa. Members also participated in a tree planting on April 20 in Cassidy Park.

“It’s been a fruitful year,” Mizell said. “We’ve been working all year on projects. We’ve become more like family.”

The Bogalusa Garden Guild begins a new year with its Sept. 21 meeting at the Senior Center.