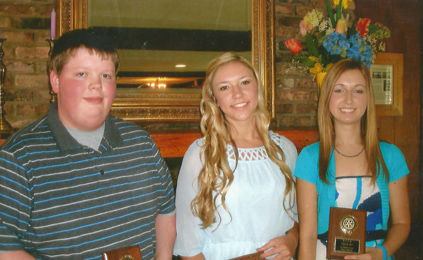 For 24 years the Rotary Club of Bogalusa has honored the valedictorians of the city’s high schools.

In 1991, a group of former male school teachers met to form an organization called Scholars Recognition Committee, whose sole purpose was to honor the parish’s valedictorians. The varied graduation dates, senior trips and early enrollments in colleges and military branches, caused the group to shrink its format only for the city’s schools.

Club President Billy Hartfield presented each student an engraved plaque and Eleanor Watson Duke, Bogalusa City School Board member from the second district, gave each a gift for the transition to college.