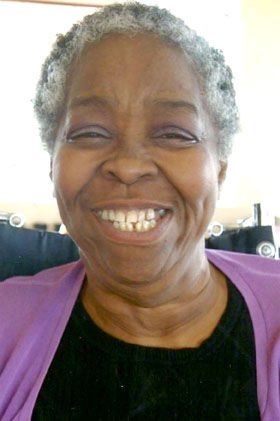 Patsy Lynn Turner was born June 24, 1974, in McGhee, Ark. She moved to Los Angeles as a child and graduated with an associate of arts in English from El Camino College in Torrance, Calif. Patsy acquired her first job for the U.S. Postal Service at LAX, where she worked for 38 years until she retired in 2006. Patsy loved and supported her family until her leg became paralyzed and her health began to fail from her struggle with chronic kidney disease and dialysis treatments.

She was called to rest April 15, 2015, from her home in Long Beach, Calif. she was preceded in death by her mother and father, Irma L. Jordan and Richard Norris; brother, Steven R. Miller; her loving niece, Salshia Miller; and nephew, LaJori Miller.

She is survived by an only child, her daughter, Drereccia Merrick of Long Beach, Calif.; sisters, Amy (Cullie) Cotton Jr. and Alecia (Ray) Magee; brothers, Sanderfelix Miller and Douglas Holts, all of Bogalusa, and Stanley Miller of Gulfport, Miss.; and a host of loving nieces, nephews, cousins, relatives and friends.

Patsy’s remains are in the care of Green Hills Memorial Park in Rancho Palos Verde, Calif., where memorial services are to be announced. The family would like to thank everyone for the cards, visits, calls and prayers. They say they have been a great comfort to all of them.