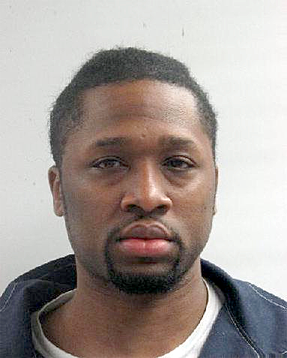 A 27-year-old Franklinton man was sentenced to two consecutive life sentences last week in the 2008 murder of two people who were shot to death inside a home that was then set on fire.

The incident began in the early morning hours of March 8, 2008, when Wilson and another man, Eric Townsend, went to a home just outside Franklinton with the intention of robbing Kimberly Sims and Demille Williams, who both lived at the house. Wearing masks, Wilson and Townsend entered the home, but the robbery went bad, and Sims and Williams were shot. Autopsy results showed the victims were shot with two different weapons.

Wilson later set the house on fire to cover up the crime. The men also dumped their weapons in a nearby creek. The house and the victims’ bodies were burned so badly that the crime went unsolved for more than a year. Then in June 2009, Townsend was arrested on an unrelated charge, being a felon in possession of a firearm, and he ultimately confessed to his involvement in the double murder. Townsend also directed officers to the guns, which were recovered from the creek.

In December 2013, Townsend agreed to plead guilty to manslaughter in exchange for his testimony against Wilson, and he received a 30-year prison sentence. But during the trial, which began March 16, Townsend refused to testify against Wilson, violating the plea agreement. Prosecutors, who had reserved the right to charge Townsend as a habitual offender, have filed a multiple offender bill, which under state law would allow the judge to increase Townsend’s sentence. A hearing on that matter has been set for May 8.

Nevertheless, Dohre and Murray were able to get a conviction, assisted in part by the testimonies of a woman who admitted to being the driver and another who said Wilson had confessed to her about his involvement in the murder.