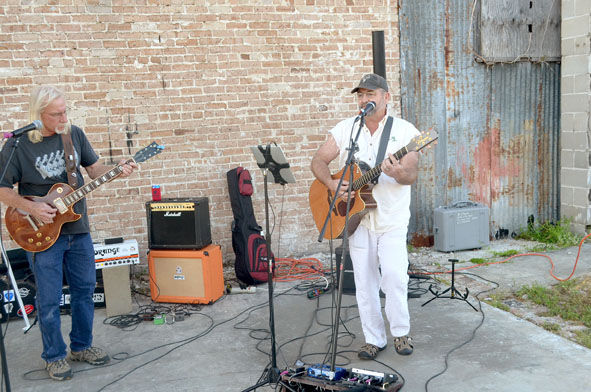 Rendezvous on the Road season off to great start

Rendezvous on the Road is a monthly series that takes place every fourth Friday of the month through August. The aim of the series is to bring business to downtown Bogalusa.

Bogalusa Main Street Manager Robin Day said she thought the first installment of the series for the year went over well. Businesses remained open until 9 p.m.

“I really enjoyed having the fashion show, the Theater group from Southeastern Louisiana University and all the antique cars,” Day said. “Of course, I can’t say enough about all the volunteers who helped out, including Bogalusa High School’s JROTC. I rate it as successful.”

“I just hope it grows and more people learn about it,” Day said.

Business at 437 Restaurant had people lined up to eat during the event, which ran from 6 until 9 p.m.

Michele Marcombe, owner of Michele Boutique, said she thought Rendezvous on the Road was beneficial.

“I think it went really good. It educated the people about shopping down here,” Marcombe said. “All my models were my customers. I think we had a pretty good one for the first one of the season.”

The next Rendezvous on the Road is scheduled for April 24.

“I think it went pretty good,” Hughes said. “Maybe the cool weather kept some people at home, but we had a pretty good crowd tonight. We usually close around 5:30 or 6 p.m.”