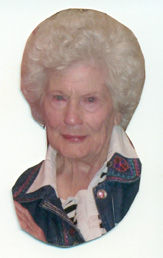 Donis B. Fornea, age 89, passed away March 23, 2015, at Northshore Specialty Hospital in Covington.

She was a resident of Angie and life long member of Angie Baptist Church.

She is preceded in death by a daughter, Cynthia Kennedy, parents, James Alton and Mildred Ball, brothers, Doyle Ball and Paul Ball, one sister, Nell Ezell and a grandson, Brett Fornea.

Visitation will be held in the chapel of Brown McGehee Funeral Home on Wednesday, March 25, 2015, from 10 a.m. until time for service in the chapel at 1 p.m. Burial will be in Bonnie Cemetery in Angie. Rev. Ricky Daughtrey  will officiate.

Family and friends may view and sign the online guestbook at www.brownmcgehee.com.