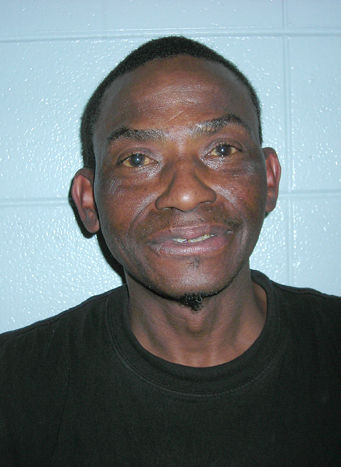 Two Mississippi residents are in custody this week on a variety of narcotics and weapons charges following a multi-agency investigation into narcotics activity throughout the Washington Parish area.

While conducting ongoing narcotics investigations in Washington Parish, LSP Narcotics Investigators working alongside the DEA were able to identify 42-year-old Stuart Decuire of Foxworth, Miss., as being a supplier of cocaine in the Washington Parish area. Covert operations resulted in the purchase of multiple ounces of cocaine from Decuire. A subsequent traffic stop was conducted on Decuire’s vehicle at which time he and the driver, 50-year-old Alex Fairly of Columbia, Miss., were taken into custody without incident. At the time of his arrest, Decuire was found to be in possession of approximately four ounces of powder cocaine, approximately three grams of “high grade” marijuana, and one Smith & Wesson .40 caliber handgun.

Based on the previous undercover operations and additional narcotics discovered during the traffic stop, Decuire was booked into the Washington Parish Jail for distribution of cocaine, violation of a drug free zone, possession with intent to distribute cocaine, conspiracy to possess with the intent to distribute cocaine, possession of a firearm in the presence of a controlled dangerous substance and possession of a firearm by a convicted felon.

Fairly was booked into the Washington Parish Jail for driving under suspension and conspiracy to possess with the intent to distribute cocaine.

As narcotics investigators furthered the investigation, a search warrant was obtained for Decuire’s residence in Foxworth by agents with the Mississippi Bureau of Narcotics. The search of the residence resulted in the discovery and seizure of an additional four ounces of powder cocaine, approximately 7.2 grams of crack cocaine, 118 grams of “high grade” marijuana, one firearm, and approximately $1,300 in United States currency.

Louisiana State Troopers will continue to provide the citizens of Louisiana safer communities through proactive drug related enforcement and cooperative efforts with local and federal law enforcement agencies. Troopers will continue to target local and multi-state drug trafficking organizations by enforcing all state and federal laws; however, continually strive for the cooperation and assistance of community members in the reporting of narcotics activities.

The Louisiana State Police on-line reporting system is available through a convenient and secure reporting form that is submitted to the appropriate investigators. Citizens can access the form by visiting www.lsp.org and clicking the Suspicious Activity link.