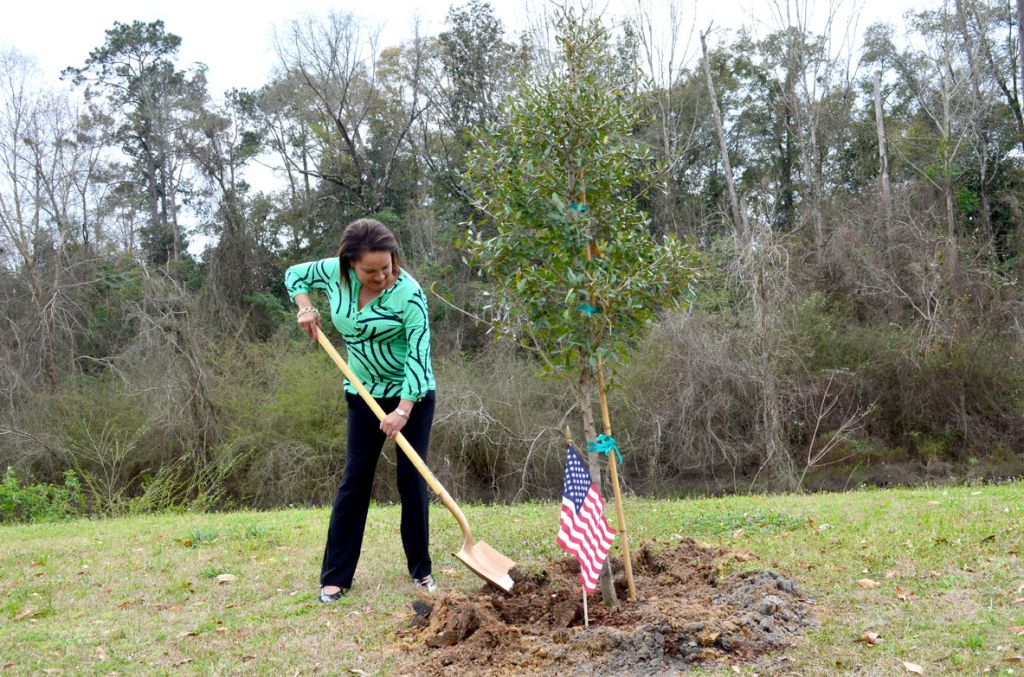 “I think that I shall never see a poem as lovely as a tree.”

So go the opening lines to Joyce Kilmer’s poem “Trees.” The piece, recited by Larry Miller, could not have been more appropriate as the Rotary Club of Bogalusa along with a smattering of city officials and well wishers gathered for the planting and dedication of the club’s most recent donation to Cassidy Park, a live oak that will be known as the Centennial Tree.

The brainchild of Merlin Duke, the Centennial Tree, while offering the usual advantages of tree-planting — beautification and environmental health to name a couple — clearly had a symbolic meaning for many in attendance.

“As a city, we’ve gone through some tough times,” said Bogalusa Rotary Club President Billy Hartfield. “As this tree continues to grow, so should we.”

New Museums of Cassidy Park Director Marcelle Hanemann, who has also been tapped by Mayor Wendy Perrette to find ways to improve the park as a whole, added, “It’s a beautiful example of what’s going on in the city.”

She went on to list some of the improvement slated for the park, including a new children’s playground and a dog park.

Perrette was also on hand for the short ceremony to say some words and shovel a few ceremonials piles of dirt. Perrette said she was thankful for the new addition to the park and noted that the project was particularly close to her heart as she is an avid gardener.

Col. Robert Miller, one of the leaders of the organization that puts on Christmas in the Park every year, said the park’s new addition helped fulfill a critical need as Cassidy Park lost many of its trees during Hurricane Katrina and this replacement will help restore the site to its former glory.

“Growing up, Cassidy Park was my playground,” he said, adding, “In about five years we’ll be able to put our first ornament on it for Christmas in the Park.”

Finally, Director of Parks and Recreation Landon Tims, who called Cassidy Park the “crown jewel” of Bogalusa, said, “I believe the future for the park is bright.”

He said the park has lost about 25 trees in recent years and that the Centennial Tree will join other live oaks planted there of late.

The Centennial Tree is located along the banks of Bogue Lusa Creek near the covered bridge. Park volunteer Terry “Foots” Quinn will design a placard to be placed nearby.