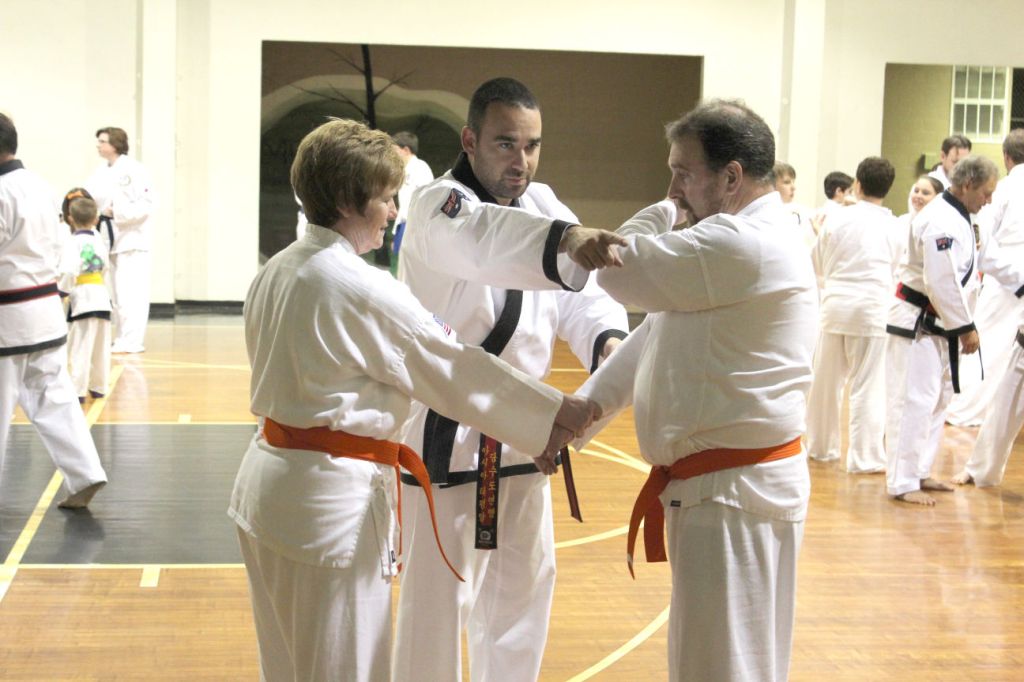 St. James, an eighth-degree black belt, was accompanied by Grandmaster Stephen Washington and Master Luke Reinhardt, both from Australia. Washington, a ninth-degree black belt, has 50 years experience in Tang Soo Do, the traditional Korean martial art, and established the Asia Pacific Tang Soo Do Federation, the American Federation’s sister organization, in 1987. The three began their U.S. tour in Lubbock, Texas, before moving on to Bogalusa. The tour will continue over the next two weeks through Tupelo, Miss., Montgomery, Ala., Trussville, Ala., Buford, Ga., Fayetteville, N.C., Boston and Dover, N.H., before Washington and Reinhardt return home. St. James will continue on to Albuquerque, N.M., where the tour will conclude.

The tour, which is in its sixth year, will also consist of two master’s clinics, or Ko Dan Ja, which will take place in Trussville and Dover. These clinics are only open to those who have already achieved or are testing for their fourth-degree black belt.

The TAC tour, St. James says, is a yearly effort to help expand the knowledge base of the students and masters throughout the federation. Each year has a distinct theme or skill-set that the clinics will focus on. This year’s theme is “practical application in forms.”

“We use the tour to take an in-depth look at what we’re learning. I like to say we take it from macro to micro. We’re always learning, and we want our students to see what they learn every day at a deeper level,” St. James said. “This stems from the art’s origins, where only a select few were taught the forms, pressure point strikes, and takedowns that are largely not learned.

“Students today are not taught with combat in mind,” St. James said, explaining that for students to grasp the importance of what they’re learning, the masters use these yearly clinics to emphasize the small details that largely go unnoticed by students and teachers. This year’s topic, St. James says, will most likely remain the theme for the next few years’ worth of TAC tours to explore every aspect of the topic with students.

The Bogalusa clinic, hosted by International Master Stacy Busby, included a two-hour session for lower belt levels, followed by a special class exclusively for higher-ranking students. The participating students practiced various self-defense techniques and forms, received one-on-one assistance from the visiting masters and watched specialized demonstrations of forms, strikes and blocks. St. James, Busby, Washington, and Reinhardt then observed students’ techniques, correcting and assisting them in pairs. The visit concluded with autographs and photos with the masters.