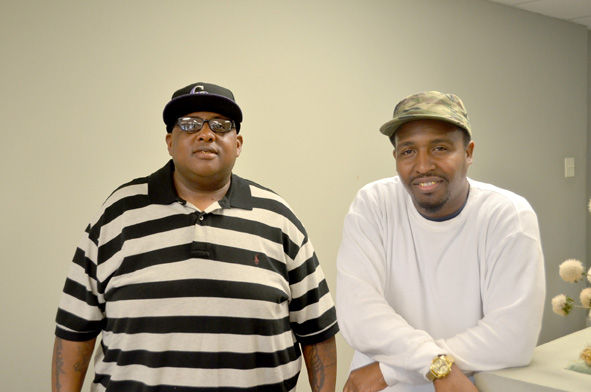 Music Fest and Car Show coming to Cassidy Park May 30

The 2015 Music Fest and Car Show is scheduled for May 30 at Cassidy Park and will be free to the public.

Event organizers Dracus “The Star” Sartin and Derrick “Gator” Peters said the event is their small way of giving back to the community. Peters is a local barber, while Sartin is a promoter and rapper.

“The kids will be out of school on May 30, and we wanted to give the kids and adults something to do as a family unit,” Sartin said.

One of Sartin’s first ventures as a promoter was the 2008 Summer Jam at Cassidy Park.

“We had a big turnout that first year, with 5,000 coming out,” Sartin said. “That was before the park was rejuvenated. Now that the park is updated, it’s like a homecoming for us.”

Sartin said the 2009 Summer Jam was hindered by rain and only attracted about 1,500 people.

“We’re trying to bring something positive for the city,” Peters said. “For the parents who can’t take a vacation because they have four or five kids and can’t pay for a vacation, this is something for them.”

Sartin and Peters said a number of musical genres are on tap at the Fest, including gospel, R&B and rap. A number of other activities, such as a KidsZone is also scheduled to be on site.

“As long as it’s clean rap, they can perform,” Peters said. “We’re trying to clean it up. We’re not out there trying to promote any foolishness. Anybody is welcome to participate.”

Sartin said he plans to perform at the event.

“I’ve been trying to help the younger talent in Bogalusa and to be a big brother to them and give them insight,” Sartin said.

“All we’re asking from the community is to come out and have a great time,” Sartin said.

Although local officials are not necessarily making a big fuss about it, Bogalusa’s Our Lady of the Angels Hospital celebrates... read more