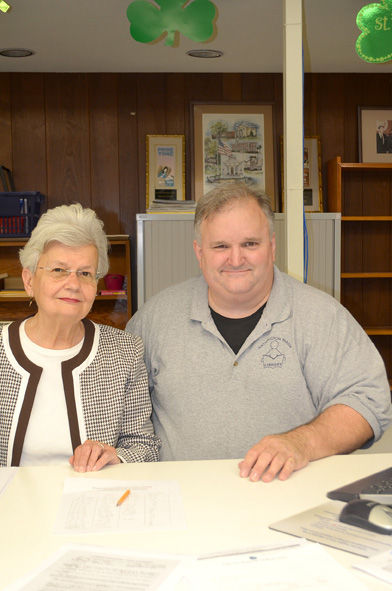 The Washington Parish Library System definitely falls into that category.

The $15.02 is expected to pay for salaries, books and utilities. Friends of the Washington Parish Library support group is calling on all parish citizens to rally around the library and cast a yes vote in the May 2 election for library millage renewal.

Bourn said the Bogalusa library branch spent $300,000 on the roof and air conditioning unit in 2012. She said approximately $60,000 was spent on a new library building in Enon. She said all the funds came from the library’s parish reserve funds, which are severely depleted.

“Since I’ve been here we’ve tried to keep the building in good repair and expand our services,” Barron said. “One of the things we’re trying to do is have an outreach program for the elderly in places like Good Samaritan Nursing Home in Franklinton and Resthaven Living Center and Senior Citizens Center in Bogalusa.”

Barron said he is confident citizens will support the library at voting time.

“It’s not a new tax, but just a continuation of one that has been going on for a long time,” Barron said. “Folks in Washington Parish have always been civic minded.”

The Washington Parish Library System operates four libraries, one each in Bogalusa, Franklinton, Thomas and Enon.

Friends of the Washington Library number approximately 150. The group is in the midst of a membership drive. A $10 donation allows individuals to be members. Levels of membership include $50 for patron, $100 for a sponsor, $250 for star sponsor, $500 for corporate sponsor and $550 for a special benefactor membership. All donations are tax deductible.

Bourn said Friends of the Washington Parish Library offers various activities during parts of the year to raise funds and help promote the facility.