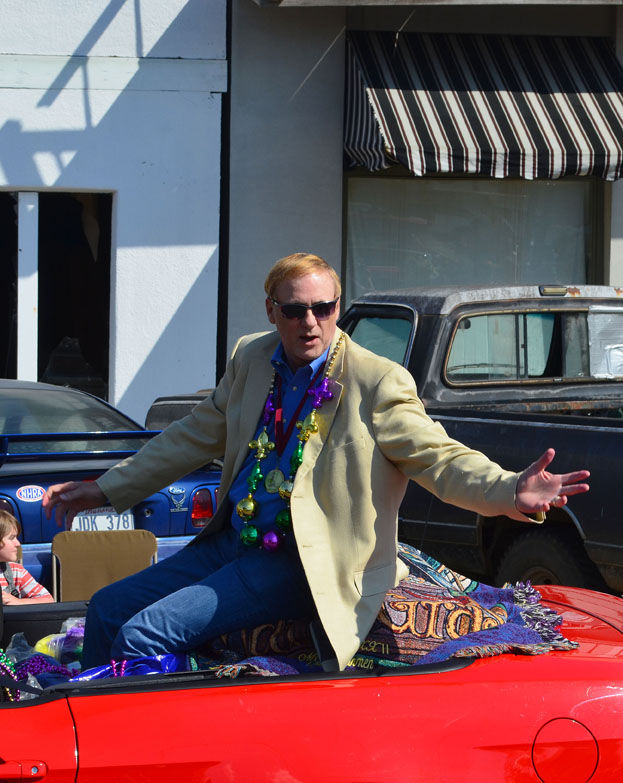 The crowds were thick along South Columbia Street as the Magic City Carnival Association took to the streets of Bogalusa for its 35th ride.

The temperature hovered near 70 degrees and the sun shone brightly as Grand Marshal Eric Paulsen, Captain Don Spiers, King Richard Jenkins, Queen Deni Talley Black and the rest of the MCCA krewe showered the crowd with beads, trinkets and the much-coveted MCCA Bears. With 38 floats and numerous marching and riding groups in tow, the annual spectacle is much larger than the city’s population would indicate. In fact, according to Spiers, Bogalusa quadruples its population when MCCA rolls.

The theme this year was “MCCA Salutes the Classics,” and it lent itself perfectly to a wide range of costumes and floats. The literary masterpieces represented Saturday ran the gamut from “Gone With the Wind” to “The Cat in the Hat.”

Additionally, there were a couple firsts that made their way into this year’s lineup.

The Southern University Marching Band, known as “the Human Jukebox,” got the crowd moving with its renditions of popular songs. The band was accompanied by the Fabulous Dancing Dolls, which boasts two Bogalusa High School graduates, Kayla Pittman and La’Zhay McKinley, among its ranks.

Also appearing for the first time this year was a team of Persheron horses — majestic black creatures that resemble the better-known Clydesdales in both size and stature.