Unique antiquities on display at park 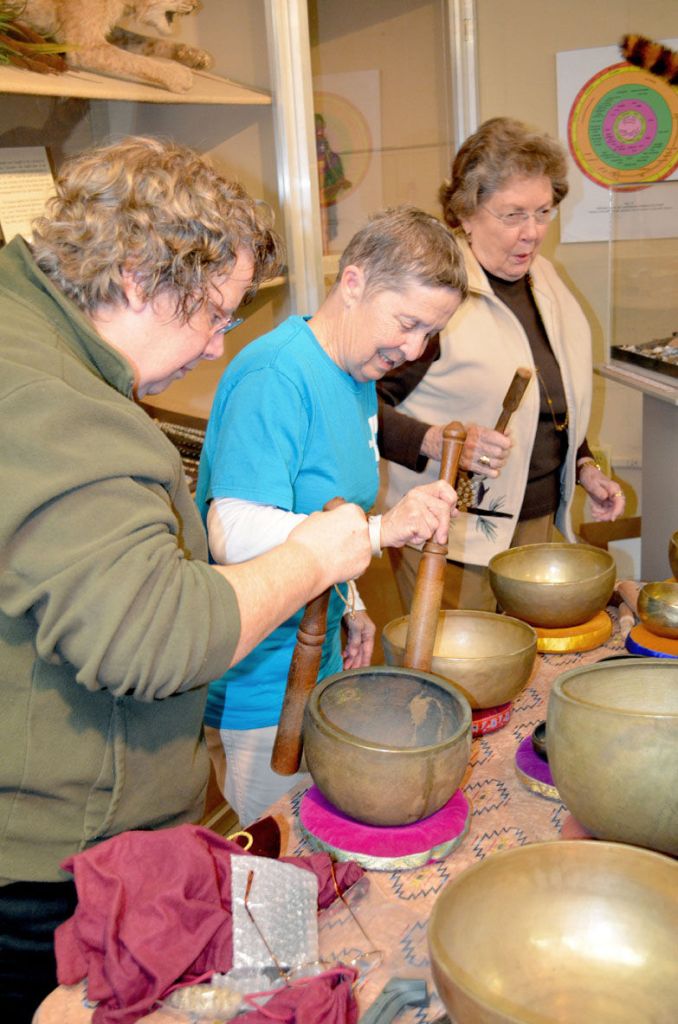 As advertised, Native American and Asian antiquities collector Francis Broussard had his Tibetan and Vietnamese singing bowls do their magic sounds during Sunday’s program at the Native American Museum in Cassidy Park.

Approximately 40 people attended the program, including some from as far away as Covington. He loaned the museum many of the items he spoke about.

Each bowl had a certain tone and pitch relative to its size and shape. Different materials of the striking sticks also altered the sounds of each bowl. With the sticks in hand, Broussard made different sounds as he rotated the bowls in a circular motion. The bowls were used for mediation purposes, according to Broussard, an English instructor at Southeastern Louisiana University. Oddly enough, Broussard lives on Indian Trail in Abita Springs.

Broussard said the bowls were used for meditation. He said he learned the bowls could make the sounds they do purely by accident.

“Back in my Tulane graduate student days, a couple of students came to visit me in Abita Springs. I had an enclosed porch with two bowls on top of speakers. This guy grabs a stick and starts doing this circular motion and gets that resonance going. I didn’t know they could sound like that.”

Broussard also talked about various stones in different shapes and sizes from his collection, including pendants, plummets, boat stones and gorgets, or necklaces, and how he thought they were used.

“Pendants were probably the earliest ground artifacts,” Broussard said. “To the Native Americans, rocks were living things. If a rock had a hole in it or was pretty, the Native Americans felt like it had special powers. They probably were drilling holes in the stone with flint drills.”

Broussard said he thought plummets were sanded down with fine sand, animal fat or leather. He said plummets had various uses.

“They were possibly used as fishing nets because some were found in groups of four to six near the water,” Broussard said. “They could have been used as bolo weights, and some might have been used for weaving. Archeologists refer to all these stones as problematic artifacts because they don’t know what they were used for.”