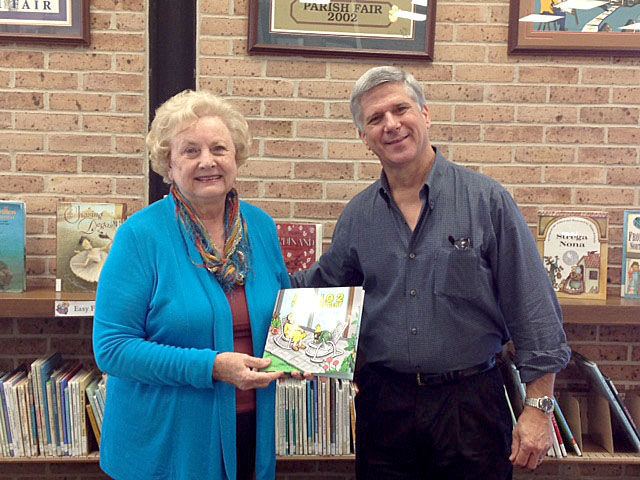 There is a lesson to be learned in Bogalusa author Sharon Ball’s new children’s book, “Apollo 2, the Magnificent.”

It’s the true story of how some people feel when they’re placed in uncertain situations, and it teaches readers not to judge people or situations based on preconceived ideas.

In the book, a rooster, Apollo 2 the Magnificent, was dumped into the yard of a retired couple, who happened to live in town. The feathered fiend woke up the couple early each morning. If that wasn’t bad enough, the couple figured the rooster was a menace because of his sharp spurs and were afraid of the beast.

It turned out to be a blessing in disguise, however. Apollo 2 eventually found a home with the couple, who came to enjoy and respect the creature. The rooster learned to rock himself in a rocking chair beside the homeowners.

“When we got the rooster, I thought all roosters would hurt you,” Ball said. “The story is that you can’t judge individuals by your opinion of the group. It’s like the little boy at school who doesn’t want little girls on the softball team and feels they should be at home playing with their dolls. When one little girl hits a home run, that changes that preconceived idea about little girls. Apollo 2 didn’t fit that preconceived idea I had about roosters.”

Ball said the couple came to realize the rooster was in danger from neighborhood dogs and tried to find a solution to the problem.

“He got to be like a pet for us,” Ball said. “We ended up doing what was best for the rooster.”

To find out what exactly the couple did in the best interests of the rooster, people will have to pick up a copy of the book at any of the local shops selling the book or at Barnes & Noble or Amazon.com.

Ball will be signing copies of “Apollo 2, the Magnificent” at Green Goat Collectibles, located at 426 Columbia St. in Bogalusa, on Tuesday, Jan. 20, from 4 until 6 p.m. Ball said she has some extra copies of the book.

The book is geared for children in pre-K through fourth grades.

“I would love to see my friends at Green Goat if they get a book or not,” Ball said.

“Apollo 2, the Magnificent” is a self-published work from AuthorHouse.

Ball read her book to several classes at Annunciation Catholic School Wednesday morning. She also presented a copy of the book to the local public library.

Local schools are a familiar setting for Ball, who taught for 33 years in the Bogalusa school district after receiving her B.S. degree in elementary education from LSU.

Ball and her husband, Joe, have a son, Joel, and a daughter-in-law, Leslie.

The author said it took approximately 18 months to complete the work.

“I would think about writing it and then leave it alone,” Ball said. “Then I thought, ‘Why not?’ I haven’t thought of doing any more. At Annunciation, one little boy said he thought I should write about a horse. I have no plans to write one right now.”