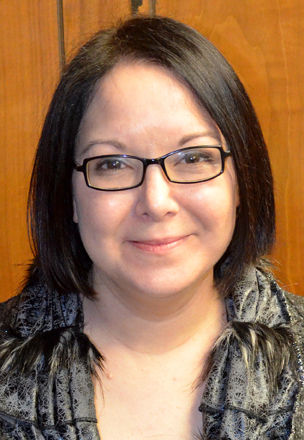 On her first day on the job Jan. 5, Stacey Smith, as the city of Bogalusa’s new director of administration, spent much of her time getting familiar with her surroundings.

Smith succeeded long-time city administrator Jerry Bailey, who retired at the end of 2014 after almost 28 years on the job.

“I’m just trying to get a grasp on everything. I’ve dealt a lot with financials. I know accounting and how it all flows together,” Smith said.

A certified public accountant, Smith said she isn’t afraid of taking on the city’s financial woes. The city began 2014 deep in red ink but begins 2015 in the black.

“I want to help the city get back on track. I want to help with the budget. I want to help getting us out from under the deficit. I think Jerry’s previous budget made a lot of positive steps toward eliminating the deficit,” Smith said. “That’s what we’re going to be working toward. It is different from what I’m used to, but accounting is accounting. Numbers don’t lie.”

Smith came to City Hall after 10 years working with Gregory Verges CPA in Covington. Her primary responsibility was looking for irregularities in audits.

Upon graduation from Southeastern Louisiana University in 1998, where she finished with a 3.9 GPA in accounting, Smith worked for two years with the Louisiana Legislative Auditor’s Office in the Financial Compliance Division.

“I’ve got big shoes to fill,” Smith said, referring to Bailey. “I know I’m going to be able to do it. I’ve got a lot to learn real fast. Jerry has helped me a lot. I can’t begin to describe how much he has helped me during this transition. I’ve been here the past few weeks looking over his shoulder.

“I haven’t dug into what’s behind all the numbers, yet,” Smith said on her first day. “I come from the private side. I think the hardest part for me is understanding the process for how to get things done on the political side.”